Hwasa is a singer, rapper, songwriter, model, and TV personality who made her debut as a member of the girl group Mamamoo. However, she has a successful career and has collaborated with many popular artists, including Dua Lipa. Moreover, she is also the first female solo artist to rank on top of the United States iTunes Album Chart with her EP “Maria” and ranks ninth on the Top 100 Kpop Idols.

Ahn Hye-jin was born in 1995 in Jeonju, North Jeolla, South Korea. She celebrates her birthday on July 23, making her age 26. She holds Korean nationality and comes from an Asian ethnicity.

Hwasa made her debut as a member of the girl group Mamamoo on June 19, 2014. She was one of the leading voices with the lead single “Mr. Ambiguous” from their EP Hello. Likewise, she composed her first song, “My Heart/I Do Me,” followed by her second solo song, “Be Calm,” as part of Mamamoo’s sixth Ep, Yellow Flower. She made her debut as a solo artist in February 2019 with her single, “Twit.” However, the singer earned international fame when she teamed up with Dua Lipa to remix Lipa’s “Physical,” which includes added Korean lyrics. 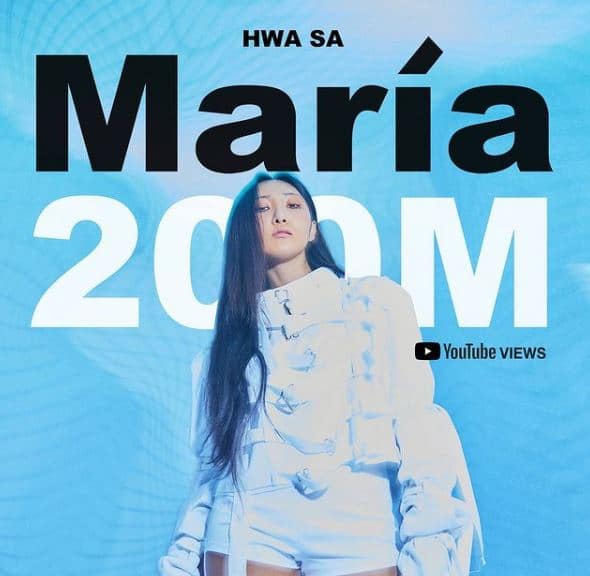 Likewise, the same year, she also joined the original soundtrack lineup of the Korean drama The King: Eternal Monarch and released her first solo OST, “Orbit.” The singer released her debut EP, Maria, on June 29. In August 2020, the singer made her debut as one-four member of the supergroup Refund Sisters. The singer also appeared in few reality shows over the years.

In 2021, she opened her YouTube channel and has earned and has earned over 417k subscribers. Besides, the singer has also been endorsed by brands like The North Face, Lotte, and Coco-Cola and has appeared for magazines like Vogue. As of 2021, Hwasa is estimated to hold a net worth of $6 million.

Hwasa is not the one to talk much about her dating life. However, the pop singer has not been safe from dating rumors. In 2020, the singer was linked to BTS’ Jimin. The rumor started after a Twitter user alleged that a publication had revealed the names who were together. Among them was the name of Hwasa and Jimin. Nonetheless, there was no evidence to support the rumor, and it eventually dried up.

However, the singer has once opened up on the subject of love. In an interview in 2019, the singer mentioned that her song, “Twit,” was based on real feelings and former love.

“I just wrote down my thoughts. There was this guy I loved. He gave me a lot of love, and it was so pure. But as time went on, while I was working, I became distant from him. So I wondered, ‘Why are you only breathing for me? You’re a fool.’ But it turned out I was the fool.”

“We first met in winter. I followed him around for a year, but he refused me. Then after we started dating, he fell for me.”, the singer added.

Regardless, the singer did not share the identity of her mysterious ex-boyfriend. Considering her public appearances and social media posts, we assume her to be single at the moment.

Hwasa was born to her father, Ahn Chan-Yeop. Although she has shared details on her mother, both of her parents were featured in an episode of MBC’s I, Live Alone, where her father revealed that her mother is ill. Her family also includes her two elder sisters. 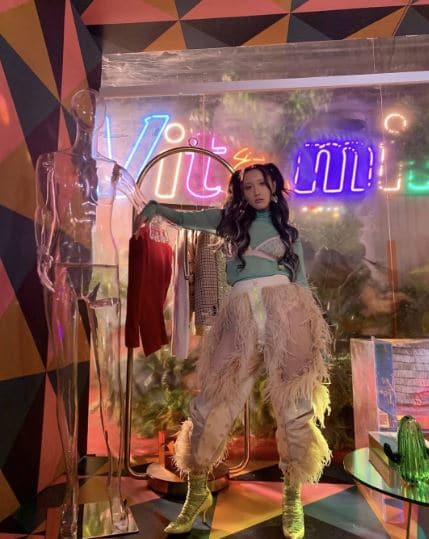 Hwasa stands at the height of 5 feet and 4 inches and weighs around 50 kg. Likewise, she has a stunning and attractive body. The singer possesses black eyes and hair color.