Former Real Madrid goalkeeper, Iker Casillas is one of the most accomplished goalkeepers in the history – who led Spain’s national team to win its first World Cup in 2010. With Real Madrid, he has held five La Liga titles, four Supercopa de España titles, UEFA Super Cups, and two Copa del Rey titles.  However, he left the club and joined FC Porto (2015).

Iker Casillas was born on 20 May 1981, Mostoles, Spain to parents José Luis Casillas and María del Carmen Fernández González. He belongs to Spanish nationality and possesses mixed ethnicity. He has a sibling named Unai Casillas Fernandez.

Iker Casillas Had A Heart Attack

Casillas had a heart attack while he was training with his club FC Porto on Wednesday, 1st May 2019. Porto released the statement that “he suffered an acute myocardial infarction.” Fortunately, the 37-year-old goalkeeper’s health condition is stable, and his heart problem is solved.

As his fans and loved ones were concerned about his health, Casillas took to his twitter stating,

“Everything controlled here, a big scare but with the forces intact. Thank you very much, everyone, for the messages and the love.”

Casillas began his football career from the Real Madrid’s youth squad at the age of 9. During that time, he played in Real Madrid C and Real Madrid Castilla, the club’s B team. At the age of 16, Casillas appeared in UEFA Champions League during the match against Rosenborg in 27th November 1997. However, he didn’t get a chance to make debut play. 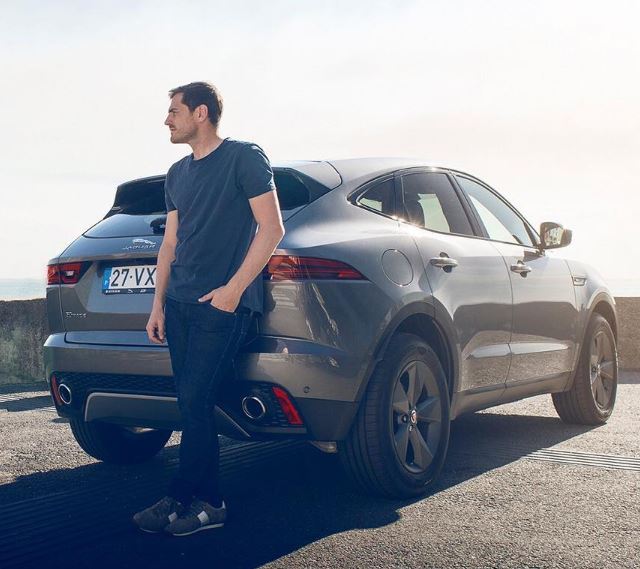 Besides Real Madrid, he has won one Intercontinental Cup and the FIFA World Cup for the Spanish Team.

In July 2015, Casillas began serving for Portuguese Primeira Liga side FC Porto with a two-year contract. However, he extended his contract with FC Porto until 2020. According to TransferMarket.co.uk, his highest market value was £31.50 million in 2010. However, on 11th January 2019, his market value dropped to £900 thousand.

As per CelebrityNetWorth, Casillas salary is $10 Million, and his net worth estimated to be $40 million.

Casillas is a married man. He shared his vow with wife, Sara Carbonero on 20 March 2016, in Boadilla de Monte, Madrid. His wife is a Spanish Sports journalist.

The pair first met each other at the 2009 Confederations Cup. Though his team lost in the finals with Brazil, he was able to win the heart of Sara.

Casillas’ father was a civil servant in the Ministry of education whereas his mother was a hairdresser. He has a younger brother name Unai Casillas Fernandez who used to play for CD Mostoles as a central midfielder.

At nine years of age, his father took him at the open trail of Real Madrid. His goalkeeping skills and ability impressed the open trail coach. Then, Casillas began his training under Vicente del Bosque.

Casillas stands tall with a height of 6 feet 1 inches and weighs about 84 kgs.