Jessalynn Siwa is better known for being the mother of JoJo Siwa and appearing in the reality show called Dance Moms. Along with that, Jessalynn is a dancer and dance teacher. She has also appeared in the Dance show, Abby’s Ultimate Dance Contest (second season). Also, she runs the Just Dance Co. and Underground Dance Factory.

Jessalynn Siwa was born in Lowa, the U.S., in 1974. Her birthday is on the 8th of December and she possesses the Sagittarius zodiac sign. She holds the American nationality and embarks on the white ethnical background.

Jessalynn is passionate about her dance career and has been working in the field as a dance teacher and instructor. Her daughter Jojo also followed the footstep of her mother from an early age. Jessalynn found out that her daughter has a star quality when she performed her first solo at two years. 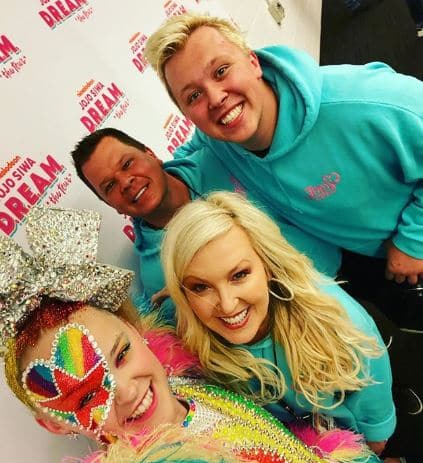 After some time, Jessalynn took JoJo in the American dance reality show called Abby’s Ultimate Dance Competition and got featured in the second season on the 3rd of September 2013. But, JoJo got eliminated in the tenth episode named Divas in the House on the 5th of November 2013.

Eventually, Jessalynn and JoJo appeared in the Orlando audition of Abby Strikes Back in the fourth season of the reality TV series called Dance Moms. They made the first appearance as a guest dancer in a few episodes. Then, they were officially introduced as full-time members of the elite team.

Furthermore, the dance teacher has featured in the music videos – Nia Sioux and Coco Jones’s Slay, Todrick Hall’s Ease on Down the Boulevard, and JoJo Siwa’s Boomerang. 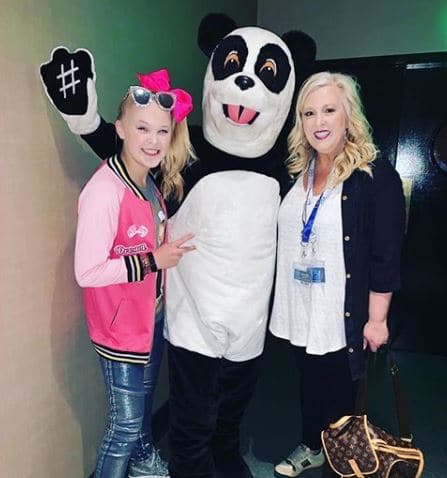 As of 2020, Jessalynn’s net worth is estimated at thousands of dollars.

The incredible dance instructor is a married to her husband, Tom Siwa. However, the duo hasn’t opened up about when and where did their wedding took place. But on 3rd of October 2019, she shared a couple of pictures with a caption

21 years ago we were celebrating at our wedding reception, tonight we celebrated show 82! Happy anniversary to my favorite chiropractor turned instagrammer 💖💖 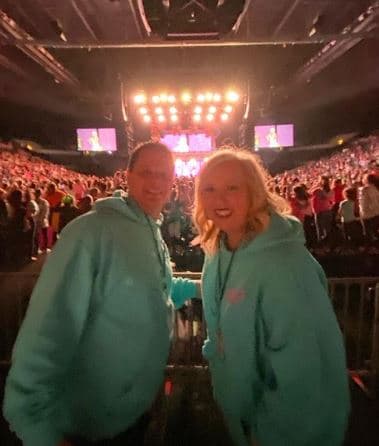 Furthermore, Jessalyynn and her husband has welcomed two children in their family named – JoJo and Jayden.

Jessalynn was born in the Siwa family to mother Kathy. Her mother worked as a hair designer, whereas her father worked in a waste manufacturing organization. She grew up with a sister named Tessa.

Being a dancer and instructor, Jessalynn has a flexible body. She stands tall at 5 ft 10 inches and weighs around 58kgs. Talking about her appearance, she has blonde hair color and black eye color.