Jimmy Garappolo, a famous American Footballer, plays as a quarterback for San Francisco 49ers in National Football League (NFL). He is best known for breaking Tony Romo’s school records in American Football. Because of his skills and his focus towards his career, he has won many titles and trophy, super bowl championship, Walter Payton Award, and more on his journey in American football.

Twenty-seven-years old footballer Jimmy Garoppolo was born with the name with James R. Garoppolo celebrates his birthday every 2nd November. He was born on 1991 in Arlington Height, Illinois. He is American by nationality and belongs to White American ethnicity. His zodiac sign is Scorpio. He is a son of Tony Garoppolo and Denise Garoppolo.

Jimmy started his career as a quarterback player for the Eastern Illinois Panthers and earned All-Ohio Valley Conference Newcomer Team honor. Just after he played for his team for some of the years, he gained his first title becoming second in All-OVC title in 2012.

As a hard-working athlete, he broke the school record which was held by former Tony Romo of Dallas Cowboys quarterback in the career pass completions. Back in 2013, he had earned Walter Payton Award, for the OVC Offensive Player of the Year and First-team All-OVC award in 2013. 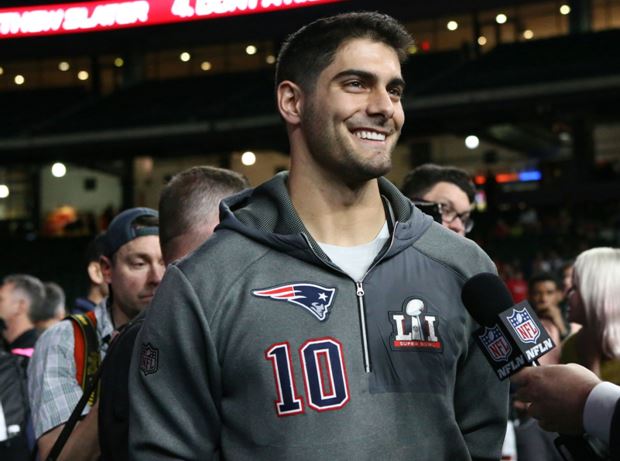 Talking about his financial status, after joining San Francisco 49ers he pocketed the right amount through it after contracting sign for five-year with was valued at a maximum of $137.5 million, a $27.5 million per year average salary.

Becoming popular in today’s world has been not that ease. People are not only waiting to know about their professional life but want to know more about their personal life too. So, if you are one of Jimmy Garoppolo’s admirers, then you must have been waiting long to know about his romantic life besides being a player. So here’s a small treat for you as an article about his dating life. Keep scrolling to the end!

Well, as a player Jimmy maybe friendly and shares a lot thing about his professional life. However, when things come to his personal life, he probably remains silent towards it. He doesn’t like to talk about his dating filling with media or his fans. 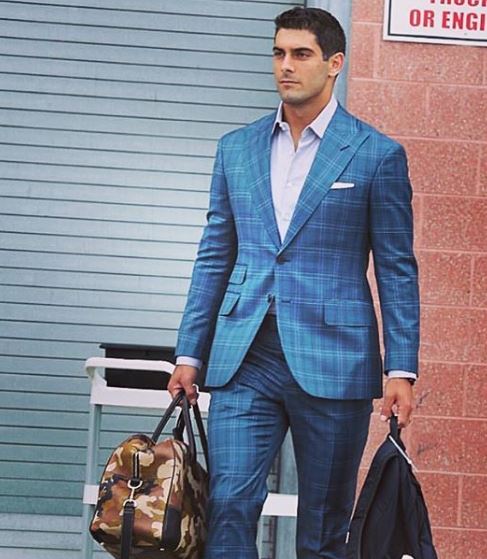 However, just a day ago, on 19 July 2018, he was seen with an adult movie star Kiara Mia in a romantic dinner. In the video footage obtained by TMZ, it is seen that the two were seen holding hands at Avra. Jimmy and Mia can be seen smiling, drinking wine and talking over what appears to be a romantic dinner.

Although they were seen together in a romantic dating, it is still not confirmed by both that they are in a relationship with each other. So the rumors and questions from their fans are still there in the air that if they are dating each other?

It will be interesting to know for his fans that if he is dating Mia or not; if he reveals about his last night dating.

Talking about his family, he has small and happy members. He lives along with his parents and with his three brothers.

Jimmy is a son of Tony and Denise Garoppolo. Along with his parents, he also has three brothers. 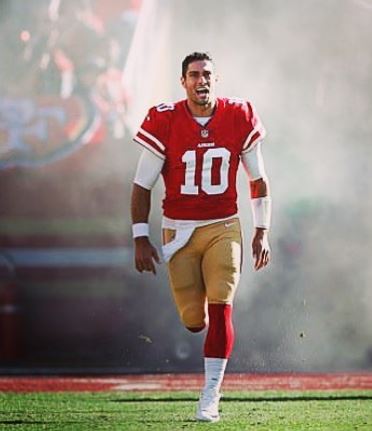