Joseph Leonard Bonamassa has often raised eyebrows with his mad guitar skills. One of the biggest blues-rock guitarists, singers, and songwriters, he has often gained huge attraction with his fast-paced blues licks. Joe started at a very young age and has put out 15 solo albums with 11 reaching the Billboard Blues charts. Besides, he is also a Grammy nominee and is known for his wide collection of vintage guitars and amplifiers.

Joe Bonamassa was born in 1977 in New Hartford, New York, the U.S. He celebrates his birthday on May 8, which makes his age 45 and his zodiac sign Taurus. He holds an American nationality and comes from a mixed ethnicity.

Joe picked up the guitar at the young age of four and at the age of 11, he was mentored by the amazing guitar player, Danny Gatton. At the age of 12, he had his own band, Smokin’ Joe Bonamassa. In 1989, he opened up for the late guitarist, B.B. King. Regardless, Joe released his debut studio album, A New Day Yesterday, in 2000. The album peaked at number 9 on the Billboard Blues Chart. 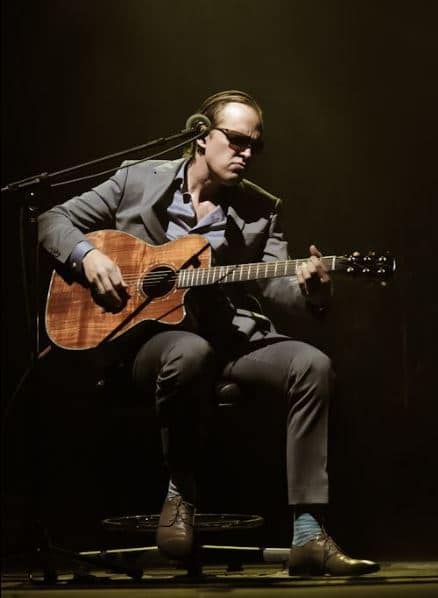 From 2002-2006, Joe’s three studio albums reached number 1 on the Billboard Blues charts while all five of his studio albums made the top 10. Likewise, Joe also played with Eric Clapton at the Royal Albert Hall in London in 2009. Some of Joe’s later albums include Black Rock, Dust Bowl, Blues of Desperation, and Royal Tea. Joe has also earned a Grammy Award nomination alongside Beth Hart for their 2013 collaborative album SeeSaw in the Best Album category. As of 2022, Joe Bonamassa holds a net worth of $20 million.

Joe Bonamassa is a blues musician and is one of the biggest musicians in the genre in recent years. Likewise, as blues songs are mostly dedicated to women, many are interested in knowing if the guitarist has someone special by his side. However, Joe Bonamassa has been very private when it comes to sharing about his dating life. The only time his relationship was public was when he was dating a singer, Sandi Thom.

The duo’s relationship earned popularity in 2013. However, the news of the pair’s breakup in 2015 shocked everyone. According to Sandi, the break-up was out of the blue leaving her shell-shocked. Sandi had written a song, Earthquake, linking her experience to the breakup. Since Joe’s breakup, the blues musician has not been linked to anyone as of yet.

Joe Bonamassa was born to his parents, Debra Bonamassa and Len Bonamassa. His father, an avid music fan, had exposed him to British Blues which greatly inspire him to take Blues Rock. His father had also gifted him a 1972 Fender Stratocaster which Joe calls “Rosie.” Joe’s family also includes his sister Lindsay Bonamassa. 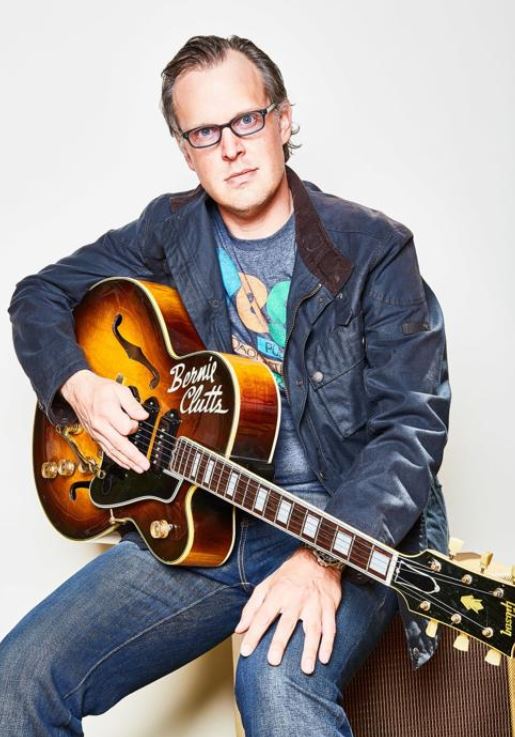 Although the singer has not shared the statistical measurement of his height and weight, we assume him to have a tall height of 5 feet 11 inches and weigh 81 kg. He has a well-maintained body. Likewise, the musician also possesses brown hair and blue eyes.

How old is Joe Bonamassa?

Where is Joe Bonamassa from?

How much does Joe Bonamassa make?

What is the net worth of Joe Bonamassa?

Joe Bonamassa is not married and does not have a wife.

Is Joe Bonamassa dating someone?

Does Joe Bonamassa have a child?

Joe Bonamassa does not want to have kids, says, I don't have that in me.

How tall is Joe Bonamassa?