Joey Bragg is a Disney star who came into the spotlight, appearing in Liv and Maddie series. While the show might have ended, Joey’s career is just beginning as he has appeared in many movies and shows throughout the years. Moreover, the actor is also one of the main cast for the sitcom, Call Your Mother. There is much to learn about the young actor, including his net worth, dating life, girlfriend, and much more.

Joey Franklin Bragg was born in 1996 in Union City, California. He celebrates his birthday on July 20, which makes his age 24. The actor holds American nationality and comes from Jewish ethnicity. 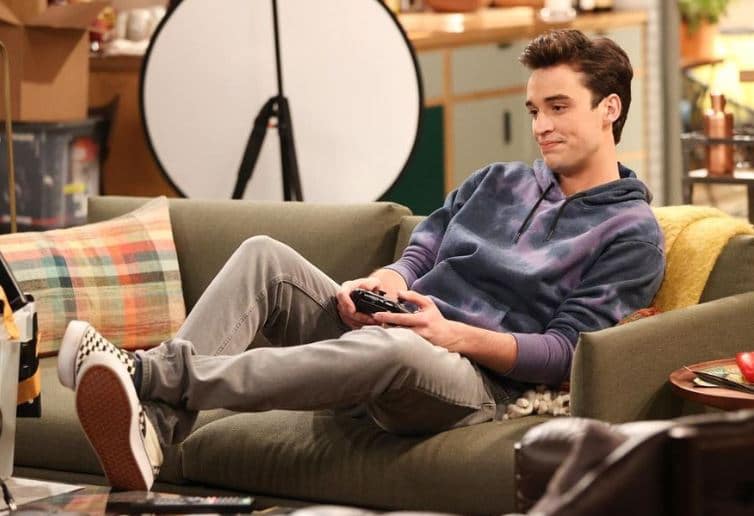 In 2015, Joey bagged the role of Mark Wellner in Mark & Russell’s Wild Ride. The same year, he also appeared in The Outfield. His later appearance was in shows and movies like Criminal Minds, Wet Hot American Summer: Ten Years Later, The Thundermans, and Father of the Year. In 2021, Joey earned his second main role as Freddie Raines in Call Your Mother. He is also set to appear in Reach in the coming future. As of 2021, Joey Bragg is estimated to hold a net worth of $1 million.

Joey shares the most romantic relationship with his girlfriend, Audrey Whitby. Although the pair were co-cast in Liv and Maddie, the pair actually met during the filming of a sketch for AwesomenessTV. Joey recalled the moment in an interview sharing,

“Audrey and I met doing a sketch for AwesomenessTV,”

“For the whole sketch, I was in my underpants, like these tighty whities, and had a parachute tied around my neck like a cape. I walked up to her for the first time and said, ‘Hi, my name is Joey, and this is what most of my body looks like.’ She was pretty much mine from that day on!”

Recalling Audrey’s appearance on the sketch was back in 2013, it is safe to suggest that the pair might be together since 2013. Regardless, the actor is very open to showing his affection for his girlfriend on social media. Moreover, he has featured her several times on the occasions like Valentine’s Day and Birthday. Likewise, the duo also has featured each other with their costumes for Halloween. There have been no words of the duo tying the knot; however, we might be getting the announcement soon.

Joey was born to his parents in California. Although the actor has not revealed the identity of his parents, he has featured them several times on social media. Besides, his family also includes his older brother and two younger siblings.

Joey stands at the height of 5 feet and 11 inches. He has a slimly built body. The actor possesses light brown hair and black colored eyes.