Josh Thomas is an accomplished comedian, writer, and actor best known for his beloved series “Please Like Me” and “Everything’s Gonna Be Okay.” He won his first open-mike competition at the Melbourne International Comedy Festival at just the age of 17.

Originally from Blackwater, Queensland, Joshua Michael Thomas was born on 26 May 1987 under the star sign Gemini. The 34-year-old comedian is Australian by nationality and belongs to the Caucasian ethnicity. He matriculated from Kenmore State High School in 2004. He later studied for a Bachelor of Creative Industries at the Queensland University of Technology but dropped out after a year. 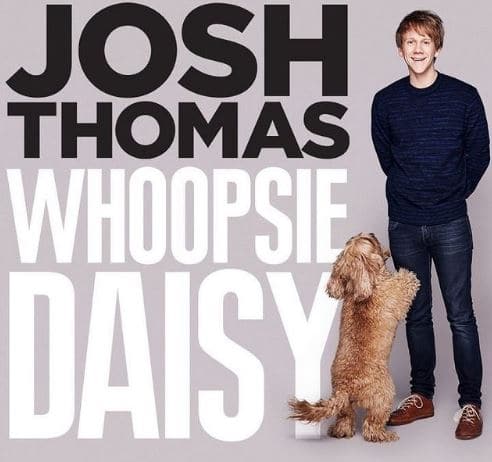 Thomas also ran a podcast called Josh Thomas and Friend, which features him and his comedian friends Tom Ward and Mel Buttle. He became a regular on Network Ten’s Talkin’ ‘Bout Your Generation in 2009. Please Like Me, the TV series written by Thomas, debuted on ABC2 in February 2013. The following year, the series was nominated for an International Emmy Award for Best Comedy Series.

In 2018, the Australian comedian created the television comedy Everything’s Gonna Be Okay. The series features a single man (played by himself) who takes care of his teenage half-sister after their father dies. The show was picked up to series by Freeform and premiered in January 2020.

The autistic actor has accrued millions of dollars from his impressive professional career. He has pocketed a colossal sum of money from his multiple live shows that have toured nationally and internationally. As of 2021, Thomas has an estimated net worth of $5 million.

Thomas is openly gay. Though he has opened up about his sexuality, he rarely talks about his love life. It’s unclear whether he is currently in a relationship with someone or enjoying the perks of single life.

Thomas has admitted that he has dated a few men in the past. He dated comedian and radio presenter Tom Ballard from November 2009 to 2011. He was also in a longtime relationship with actor Josh Schmidt. The two began dating in 2012, and it seems they have already split as the pair haven’t featured each other on their social accounts since 2017. However, neither of them has announced their separation.

The comedian was born to parents – Rebecca and Mike Thomas. He is the youngest of three children born to his parents. His mother has bipolar disorder, and she once attempted suicide. He grew up alongside a brother named Drew and an unidentified older sister.

At the age of 28, the comedian was diagnosed with attention deficit hyperactivity disorder (ADHD). He is also autistic.

Thomas stands tall at the height of 6 feet 1 inch. he has blonde hair and dark brown eyes.