Katie Rost is an international model and TV personality who rose to notoriety after being cast in season one of the popular Bravo TV series, Real Housewives of Potomac. Although her time on the Bravo franchise was not long, her impression on fans has been everlasting. As a model, she has worked with several elite fashion brands CoverGirl, L’Oreal, Macy, and Lanvin.

Originally from Potomac, Maryland, Katie Rost was born on 07 July 1980 under the star sign Cancer. The 40-year-old model is American by nationality and part of Afro-American ethnicity. She graduated with a degree in broadcast journalism from Boston University’s College of Communication.

Before making her debut on RHOP, Rost established herself as a top-notch fashion model in New York. She is well-known for her work for fashion brands like Chanel, American Eagle Outfitters, and Lanvin. She has modeled for various magazines such as Vogue Magazine, InStyle Magazine, Essence Magazine, XXL Magazine, Glamour Magazine, to name a few. 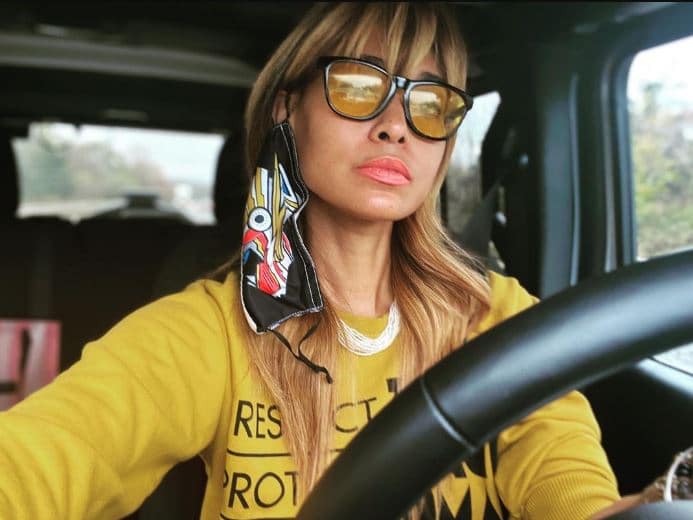 In 2016, Rost found new fame as a reality TV personality after she was cast on season one of The Real Housewives of Potomac as a housewife. She also made guest appearances on season two and four of RHOP.

According to her Instagram bio, Rost has ventured into business as she runs her line of jewellery called The Katie Shop. She also develops and represents models through her management and development company KRTMG.

Katie’s income is highly influenced by her model management company, jewellery line, modelling, and online shop. She has accumulated applaudable riches worth millions of dollars. As of 2020, she has an estimated net worth of about $3.5 million.

Initially, Rost married her college sweetheart, James Orsini, on 26 October 2012. She first met Orsini while attending Boston University in 1997. However, they eloped and began dating only in 2010. After dating for two years, they tied the knot in front of 130 guests in a Jewish and Orsini’s Catholic traditions.

Rost and her now ex-husband welcomed three children- son James Rocco and twin daughters, Kathryn and Renee – during their short-lived relationship. When she was four months pregnant with twin daughters, she left Orsini and divorced him in 2015.

As of 2020, Rost is filled with child custody battles with Orsini, who has legal custody of three kids.

The newly-divorced Rost then got engaged to an Investment Executive, Andrew Martin. However, she called off her engagement to Andrew a day before filming RHOP Reunion in April 2016. Her ex-fiance was battling drug addiction, which ruined their relationship.

Before splitting with Andrew, Rost shocked her fans after she revealed her sexuality. She came out as bisexual through a Twitter post on 15 February 2016.

On 08 November 2018, Rost revealed that she was expecting her fourth child. The father of the baby was presumed to be her then-boyfriend, Jacob. Unfortunately, she suffered a miscarriage in February 2019 and couldn’t give birth to the baby.

The same month Rost suffered a miscarriage, she started dating a new boyfriend, Jesse, who is an IT businessman. They got engaged in July 2019 but called off their engagement shortly after four months.

As of now, Rost is reportedly single.

The 40-year-old model comes from a very affluent and philanthropic biracial family. She was born to parents Ronald and Rynthia Rost. Her parents enrolled her in the best private schools and wanted her to become a doctor or nurse. But despite her parents’ hopes, she followed her dreams to become a successful model.

Along with her mother, Rost runs the Ronald F. Rost Charitable Foundation in memory of her late father, who died in 2000.

Rost has a decent height of 5 feet 10 inches. She has a perfectly toned, fit body that weighs around 55 kg. She has naturally dark brown hair but has dyed with blonde color.