After the grand success of beachside reality show, Siesta Key came out and gained huge success. The show was premiered in 2017, July and thirteen episodes are already aired as of 2018, January. Kelsey Owens is one of the cast members, of whose dating life is full of mystery. In the first season, she was hitting Alex Kompothecras, but what about now? Know more about her including her birthday, height, relationship and more on this wiki!

Born on 4th April 1997, Kelsey Owens’ hometown is Saint Louis, United States. She holds American citizenship and is of white American ethnicity. She is 20 years old model, who recently came into a reality show. Her zodiac sign is Aries. Owens went to the University of Mississippi for graduation. The factors that pushed her higher to fame includes her work as a model and as a cast of ‘Siesta Key.’

The work in ‘Siesta Key’ is not the first for Kelsey, as she is one renowned international model. That’s why we can see her enjoying lavishing vacation and wearing expensive dresses. And it also means she is not struggling financially.

Kelsey hasn’t decided to reveal her per episode pay yet. As of 2018, her net worth exceeds $2 million. As she has been earning handsomely even before coming in as reality star, her annual salary might cross $500 thousand.

Dating Garret Miller or Another Boyfriend?

Kelsey is just 20 years old, so marriage is very far from her. But what about her love life? She was dating her co-star Garrett Miller before but what about now?

After coming to the show, she mentioned Garrett to be her boyfriend. The pictures on her Instagram suggest that she might have been seeing each other since May 2016. She loves calling him ‘Goob’ as seen on her social account. If you go through Insta-account of her, you will be seeing a lot of pictures of him like holding hands, kissing and more.

Both were together till episode eight, but broke up after Kelsey started hitting on Alex. But, that’s not the point here. Recently, she slept with her ex-boyfriend Garrett that led dispute with his current hookup, Juliette.

Garrett might still have some feelings for Kelsey as he shows good behavior with her and even worries for her. And recently, Kelsey posted a picture on Instagram hugging her ex-boyfriend along with Brandon and Madisson. It seems something is going on!

Career as Model and Reality Star

Kelsey is not just a reality star but is also a model. She signed up the contract with Next Models NY. Because of her huge fan base and good popularity, she was offered for ‘Siesta Key.’

Owen started being a model since 2013 when she was just 16 years old. The first contract she made was with Mother Management agency that leads in major cities like Paris, London and New York. Within few months, she took a big leap and became one of the ranked models in the international market. 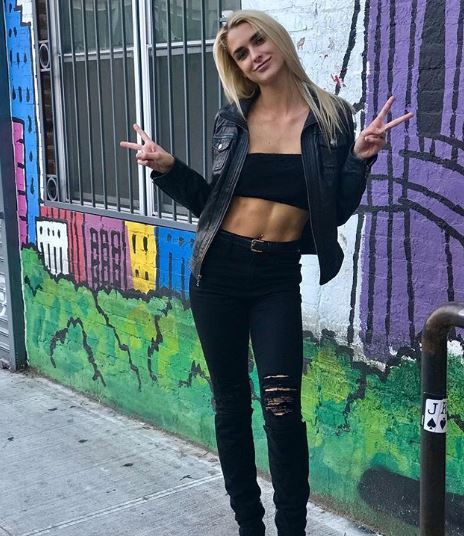 But she gave up on modeling and appeared on MTV reality TV show named Siesta Key. Let’s see how much she will be progressing in this field!

Kelsey is a model, thus has a slim body. She is tall with the height of 5ft 9.5 inches. Her weight is not revealed yet. Her eyes are grey, and hair is blonde. The body measurement of her is still a mystery.