Multi-Talented Kirk Douglas was born with the name of Issur Danielovitch Demsky.  He was best known as TV and movie actor portraying the role, including Gunfight at the O.K Corral Tough Guyz and Lust for Life.

Kirk was born on 9 December 1916 in Amsterdam, NY, and died on 5 February 2020 at the age of 103. Kirk was American by nationality and Sagittarius by Zodiac Sign.

The Legend Whose Hollywood Career Spanned Seven Decade Ago; Kirk Douglas died at the age of 103

The news came as a devastating blow, as the Oscar-winning legend Kirk Douglas died at the age of 103. As per his family, he died on Wednesday in Beverly Hills, California. However, the actual cause regarding his death is still unrevealed by his family.

Moreover, many of his family, colleagues threw their beautiful line as condolence towards him after his death.

His son Michael shared some words;

“It is with tremendous sadness that my brothers and I announce that Kirk Douglas left us today. To the world, he was a legend, an actor from the golden age of movies… but to me and my brothers Joel and Peter he was simply Dad. Let me end with the words I told him on his last birthday and which will always remain true. Dad – I love you so much and I am so proud to be your son.”

Moreover, an actor from Star Wars actor Mark Hamill also wrote on his twitter that,

‘Kirk Douglas was one of the biggest stars of all time & a brilliant actor with an unforgettable, blazing charisma…He will also be remembered for putting his career on the line by defying the Hollywood Blacklist, hiring writer Dalton Trumbo for the classic Spartacus. #RIP (sic)’

Kirk Douglas now survived in the memory of his wife, children, and his colleagues.

Focusing on his professional career, Kirk kicked off his career by joining the U.S Navy in 1941 just after the United States entered World War II. There he served as the communication officer at anti-submarine warfare aboard USS PC-1139. However, in the year 1994, he was medically discharged after the war injuries from the accidental dropping of a depth charge.

After that, he tried his luck in the camera world and found work in theater, radio, and commercials. And Kirk stage break occurred when he took over the role in Kiss and Told in the year 1943. After that, in 1947, he was cast in Out of the Past along with Jane Greer and Robert Mitchum. 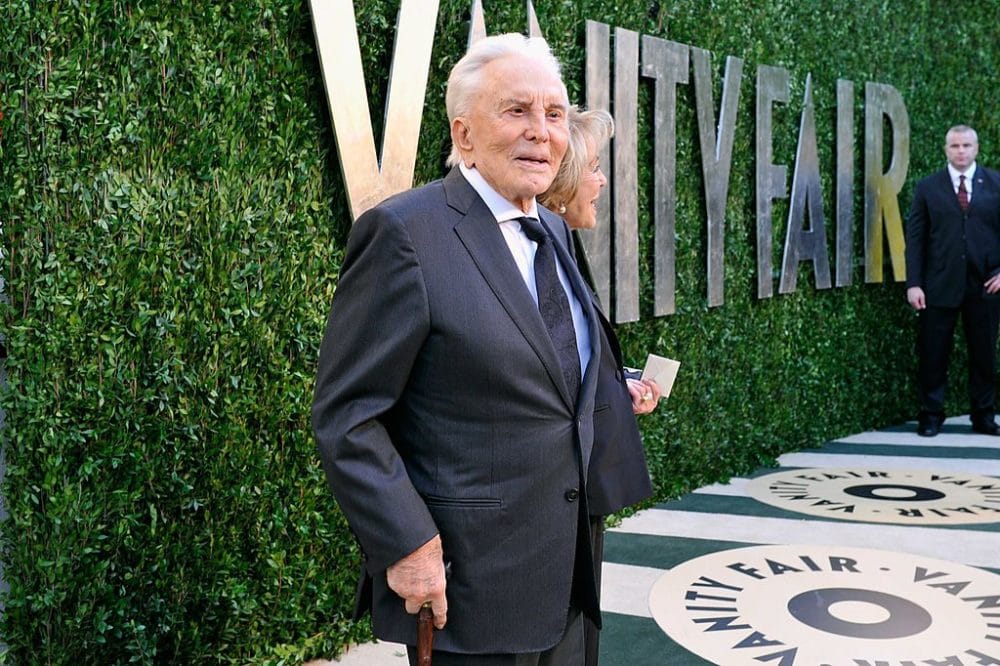 Similarly, in the year 1970, he tried his hand at directing. The first two-direction efforts in Scalawag in 1973 and Posse (1975) failed to make an impression on movie-goers. Then at the beginning of 1988, Krik shared his life story in the best selling autobiography. He further showed his talent at producing and writing, such as The Gift, Dance with the Devil. Then in the year 2009, he came along with a one-person show on stage where she shared his 60 years of film making and also his personal life with theater-goers on Before I Forget.

Besides being involved in his career in the camera world, he had also spent much of his life as a philanthropist. He, along with his second wife, had already given millions to worthy causes. In the year 2015, the duo gave $5 million to Los Angeles Mission’s Women’s Center.

With all his effort and hard work, Kirk might have collected a handsome amount of money throughout his career till his death. And his net worth was estimated at around $60 million.

Kirk was a married man. He was first married to his wife, Diana Dill. The couple got married on 2 November 1943. Together they were blessed with two sons, Michael Douglas, who is an actor, and Joel Douglas, who is a producer. However, due to some reason, they divorced in 1951. 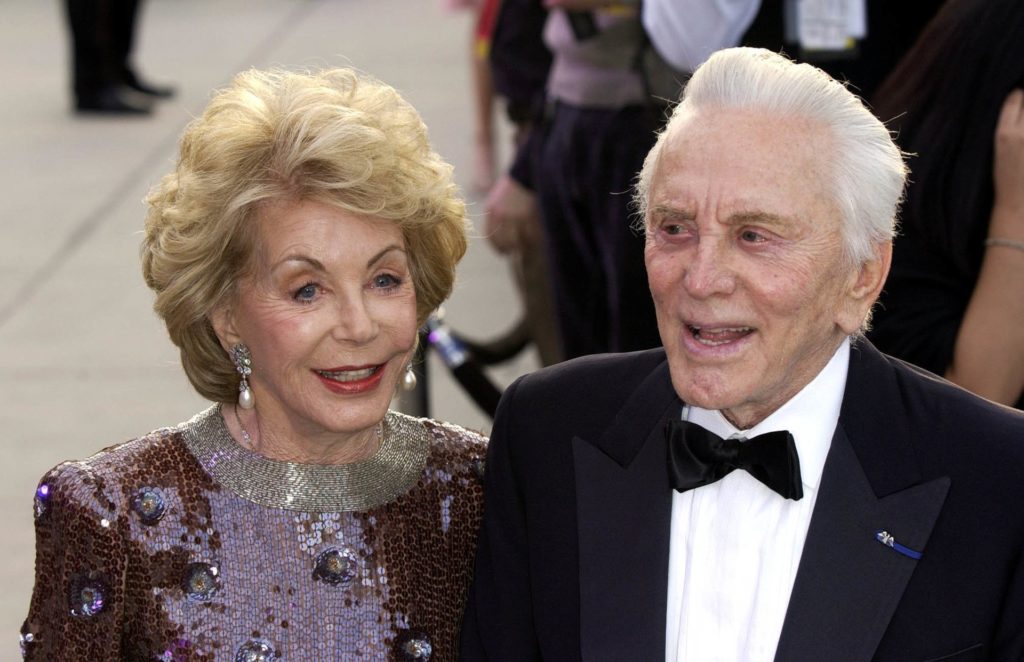 After that, he again got married to Anne Buydens. After dating each other for several years, they tied the knot on 29 May 1954. Back in 2019, the duo celebrated their 65 years of togetherness. Being together, they were blessed with two sons Peter who is a producer and Eric, who died on 6 July 2004.

Kirk was born to American parents. He was born to Herschel Danielovitch and Bryna Sanglel. He was raised with his sister Freida Demsky Becker.

Kirk was blessed with decent body measurements and used to stand tall at the height of 5 feet 7 inches and used to weighed about 69 kilograms. He had grey colored hair with pairs of beautiful Blue colored eyes.