Kristi Yamaguchi is a former figure skater who is the 1992 Olympic champion, two-time World Champion, and the 1992 U.S. champion. Besides, she is also the 1988 World Junior champion and a two-time national champion. She has also been inducted into the U.S. Olympic Hall of fame and has won a dancing reality TV show.

Kristi Tsuya Yamaguchi was born in 1971 in Hayward, California. She celebrates her birthday on July 12, which makes her age 49. She holds American nationality and comes from an Asian ethnicity. Kristi graduated from Mission San Jose High School. 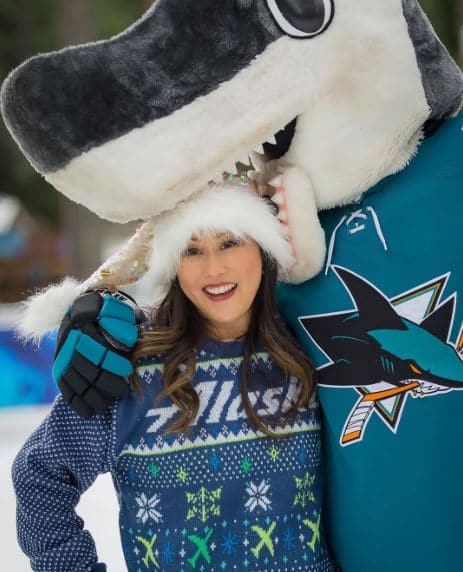 Moreover, she also served as a local commentator on figure skating for the TV station KNTV. In 2008, she also became the champion of the sixth season of ABC’s reality program Dancing with the Stars. In 2005, she was inducted into the U.S. Olympic Hall of Fame. As of 2021, Kristi Yamaguchi holds a net worth of $8 Million.

Kristi has been long-time married to the professional hockey player, Bret Hedican. The pair met during the 1992 Olympic Winter games when they both represented the US Olympic Team. When Kristi and her roommate decided to introduce themselves to the US athletes, Kristi and Bret briefly met. However, years later, the duo was reunited when Bret reintroduced himself at Vancouver’s new arena where the ice skater was performing.

Kristi Yamaguchi was born to her father, Jim Yamaguchi, and mother, Carole. Her father is a dentist while her mother is a medical secretary. Her grandparents emigrated to the United States from Japan. Likewise, she also has two young siblings, Brett and Lori.

The Olympic gold winner, Kristi has a height of 4 feet and 11.5 inches. Like many athletes, she has a fit and well-maintained body that weighs around 42 kg. Besides, she has black hair color and brown eye color.