Being a backup player for years and entering very late into the frontrunners squads, when Matt became noticed by people, he was astonished and happy. He has often described the experience as surreal. Though he has been playing for years and had played significant games with Miami Dolphins, his fame escalated when Kansas City Chiefs signed him after their star quarterback Chad Henne was injured.

Matt Moore is an American Football Player who plays for Kansas City Chiefs, the NFL team as a quarterback.  He had previously played for Miami Dolphins and had more than a decade of experience before his entry into the former team.

Miami Dolphins re-signed him in 2016 with a two-year contract amounting to 3.55 million with a $750,000 signing bonus and $2,750,000 guaranteed amount with an average salary of $1,775,000. He was previously associated with the same team since July 2011, with a total contract amount worth 15.6 million dollars.  In 2019, signed a one year contract with Kansas City Chief amounting to $1 million. His total income to date from his entire NFL career amounts to over $25 million. 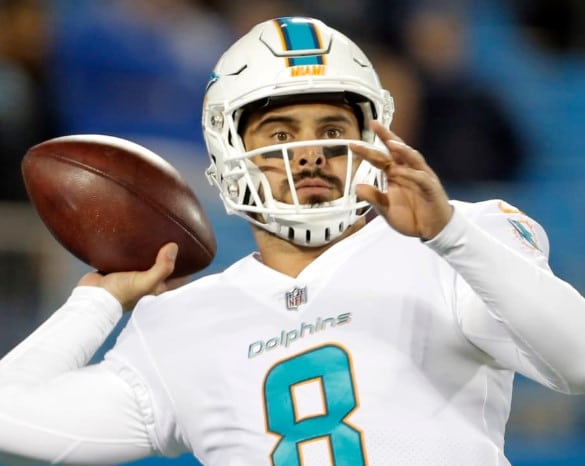 He had purchased an estate in California in 2014, which cost him 1.5 million dollars. The Victorian-style building covers 4,530 square feet with four bedrooms and four bathrooms. The building enclosed a guesthouse, a gazebo, an outdoor kitchen, a fire pit, and a pool and tennis court. It is also believed that Matt has some stakes in Sports Drink Company, which is yet to be verified.  With all the investments and contracts, Moore has been able to accumulate a Net Worth of 15 million dollars.

Married to his wife, Tara

Matt is married to Tara Moore for over a decade. They had met and fell in love during their high school days. They even attended the University of California Los Angeles together on scholarship. After completing his senior year, Matt proposed Tara, and they got married in 2007. They have three children altogether, a daughter Aubrey (born on 2011), a son Matt Jr. (born on 2013), and another son Wyatt (born on 2016). His youngest child was born one day after the victory of Miami Dolphins.

Matt’s father was a U.S. Air Force Officer and had spent 23 years with the same. Moore has an older brother who is also a left-hand pitcher. Not much is known about his parents and siblings. Their details are pretty much an unopened book.

Matt had joined UCLA on scholarship along with his then-girlfriend Tara. After being injured and not being able to make it into the team, he transferred to Oregon State University and played for their team. 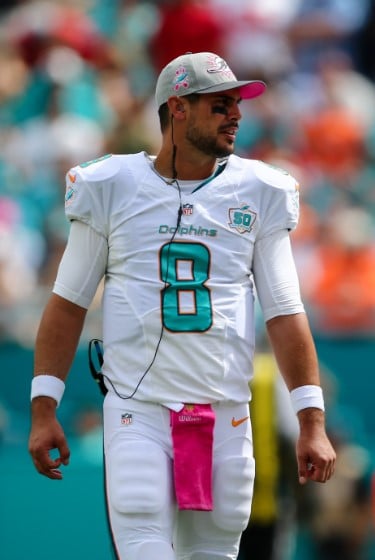 The sportsperson has a very enviable and athletic body. He is a bit on the heavier side and not particularly lean, but this size and weight assist him in his career as a quarterback. He stands tall at 6 feet 3 inches and weighs around 99 kilos.