Morgan Wallen is a popular singer and songwriter to come out of The Voice. Although he did not make it to the finals, the singer has had a successful career despite not winning on the show. He has released two albums that have had successful sales. Moreover, the singer has also bagged the Country Music Association Awards and iHeartRadio Music Awards.

Morgan Cole Wallen was born in 1993 in Sneedville, Tennessee. He celebrates his birthday on May 13, which makes his age 27. The singer holds American nationality and comes from White ethnicity. He played baseball in college but decided to pursue music after injuring his elbow.

Morgan’s career started after he competed on “The Voice” in the sixth season. However, he was eliminated in the playoffs. Regardless, he did manage to sign a record deal with Panacea Records and released his debut Ep, Stand Alone, in 2015. A year later, he signed to Big Loud in 2016 and released his debut album, If I Know Me, in 2018. The album reached No.1 on the Billboard Top Country Albums chart. The singer released his second album. “Dangerous: The Double Album” in January 2021. 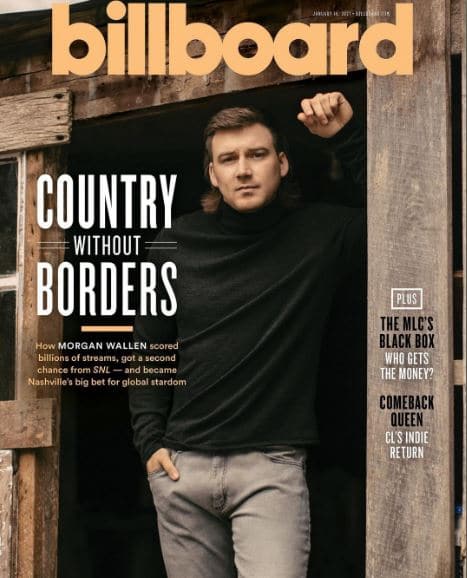 His second album became the only country album to spend seven weeks at No.1 in the 64-year history. Morgan has enjoyed huge commercial sales despite being involved in various controversies. One of his controversies includes saying a racial slur which in fact surged his physical and digital album sales by 100 percent. AS of 2021, Morgan Wallen holds a net worth of $4 million.

As Morgan grows popular in the country music scene, many of his fans are curious to know if the country singer is dating anyone. While Morgan Wallen’s dating status remains a mystery, for the time being, the singer did share a relationship with his ex-fiance Katie Smith. The pair dates far back to 2017 and were also engaged. In July of 2020, Morgan surprised his fans by sharing a picture of his newborn baby, whom he shared with his ex-fiance, Katie Smith.

Likewise, Morgan was also linked to the Bachelor Star, Madison. The speculation came after Morgan made a public move in April of 2020. He first tweeted,

And then released a rap he wrote about Madison. Madison also replied to the tweet but the flirtation between the duo never went anywhere.

Morgan Cole was born to his parents, Tommy and Lesli Wallen. His father is a Baptist pastor. He also has sisters named Mikaela and Ashlyne.

The country singer, Morgan Cole has a height of 5 feet and 10 inches. He has a muscular and fit body which weighs around 68kg. The singer possesses blue-colored eyes and light brown colored hair.