Paolo Contis is an actor and comedian who is popular for appearing in many movies and shows on GMA Network. The actor made his debut as a child actor and has appeared in countless movies and shows. Likewise, he has also won many awards, including the PMPC Star Awards. However, the actor has been notoriously popular for his dating life since his split with his five-year partner, LJ Reyes.

Paolo Enrico Tusi Contis was born in 1984 in Manila, Philippines. He celebrates his birthday on March 14, which makes his age 37. He holds Filipino nationality and comes from mixed ethnicity of Asian and Italian.

Paolo started his career as a child actor and had already appeared in various movies in the mid-’90s. He was known for his appearance in the program Ang TV and the primetime sitcom Oki Doki Doc. Likewise, he also gained popularity during his teenage years as a member of Star Circle and appearance in the youth-oriented drama, Tabing llog. Since 2004, he ventured into more mature roles and played supporting and comic roles in many GMA shows and movies. 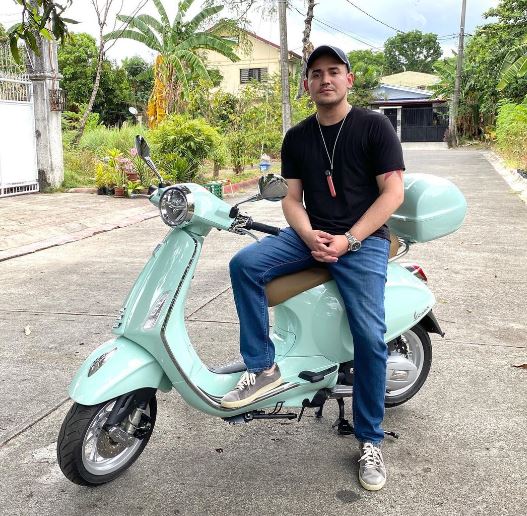 In 2008, he was hailed as the Best Actor at the 24th PMPC Star Awards Best Actor award for Banal. He has appeared in countless GMA Network’s TV shows. Moreover, he has also appeared in many movies over the years. Contis’ two movies, Ang Pangarap kong Holdap and Through Night and Day, earned spots on Netflix in 2020. For 2021, the actor played the role of Mikoy in the TV series I Left My Heart in Sorsogon and the role of Nico Mendoza in A Faraway Land. As of 2021, Paolo Contis is estimated to be in the millions.

Paolo’s dating life has earned huge controversy in recent years. The actor was first married to Eat Bulaga, former EB Babe dancer Lian Paz, with whom he shares two children, Xonia and Xalene. The pair had tied the knot in 2009 and split a few years later. Later, he earned popularity dating LJ Reyes in July 2015. Moreover, in January 2019, the duo also welcomed a daughter, Summer Alyana.

Although everything in their relationship was going smoothly, in 2021, Paolo and LJ’s decision to split shocked many of their fans. Fans suspected the pair of having split when Paolo deleted all of LJ’s pictures from his Instagram and stopped the following anyone on the platform. Later, in September, LJ confirmed their separation and shared that she had not contacted Paolo and flew to the United States with her kids to distance themselves from the actor. Furthermore, Paolo was spotted with a mysterious girl who caused a stir on social media. Many speculated the mystery girl to be Joy Reyes, who denied the speculations. Paolo is yet to share the details on the mystery girl.

Paolo Contis was born to his Filipino mother, Jean Contis, and Italian father, Renato Soru Contis. He has featured his parents several times on his social media.

Paolo Contis stands at the height of 5 feet and 9 inches. Likewise, he has a well-maintained fit body. The actor’s facial features include his black-colored eyes and hair.