Ivan Hall was one of the contestants fighting to win the heart of Tayshia Adams in The Bachelorette season 16. Although he failed in becoming the winner, the former contestant is trying his luck once again in the newest installment of Bachelor in Paradise. So, will Ivan Hall succeed in finding love this time?

Ivan Hall was born in 1992 in Dallas, Texas. He celebrates his birthday on March 9, which makes his age 29. He holds American nationality and comes from mixed ethnicity of Black and Asian.

Ivan Hall came into the spotlight as one of the 32 contestants fighting to steal Tayshia Adams’s heart in season 16 of The Bachelorette. Likewise, he made it to the final three before he was eliminated. Although he and Tayshia shared a special bond as both were biracial, he did not win the final rose. Regardless, Ivan returned to the reality dating show in Bachelor in Paradise season 7. 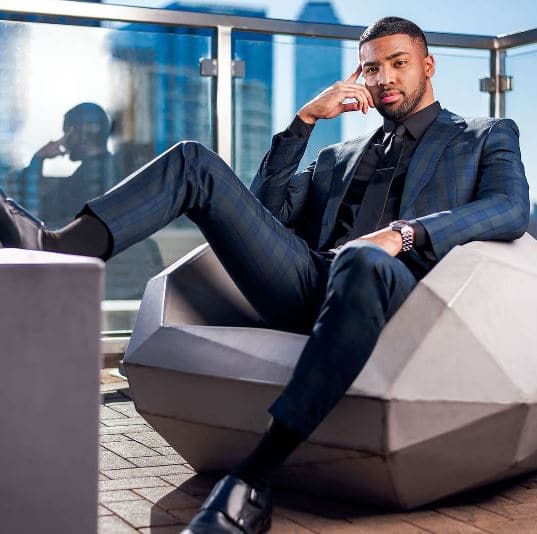 Apart from his appearance in the dating show, Ivan is an Aeronautical Engineer. He earned his degree from Texas Tech University in 2015. Likewise, he works at Lockheed Martin, a Maryland-based company that builds jets for the military. Moreover, he is also quite popular on social media, with over 168k followers. AS of 2021, Ivan Hall is estimated to hold a net worth in the thousands.

As Ivan is one of the contestants on BIP, we can assure you he is not dating anyone outside the reality show. After losing Tashiya Adams to Zac Clark, Ivan returned to the Bachelor Nation in Bachelor in Paradise season 7. During his appearance on the show, Ivan established a connection with Jessenia Cruz. Despite their amazing one-on-one date, the relationship hit turmoil once Chris Conran entered the show.

After a date with Chris, Jessenia told Ivan that she did not feel the spark between the duo. It left Ivan in a tough position as he had not formed a connection with any other remaining woman. While there is speculation of him either leaving the show single or dating Heather Martin, we will have to wait for future episodes to know the truth.

Ivan has not revealed the names of his parents. However, the reality star has featured them plenty on social media.

Likewise, he comes from a biracial family as his father is African-American and his mother is Filipino. Likewise, his family also includes his brother, Jason Hall.

Ivan stands at a tall height of 6 feet and 1 inch. Likewise, he possesses a muscular and athletic body. His facial features include his short buzz-cut hairstyle.