Paul Mescal has been earning huge attention and fandom ever since he played the starring role in the miniseries, Normal People. His role in the series earned him six awards, including Gold Derby TV Awards, GQ Men of the Year Awards, British Academy Television Awards, and IFTA Film & Drama Awards. Nonetheless, Paul comes from a theatre background and has played roles in few acts over the years. Besides, he is also set to appear in few movies in the coming years.

Paul Mescal was born in 1996 in Maynooth, County Kildare, Ireland. He celebrates his birthday on 2nd February, which makes his age 25. He holds British nationality and comes from White ethnicity.

Upon graduating, Paul starred as Jay Gatsby in the theatre production of Great Gatsby in Dublin. Later, he portrayed the Prince in The Red Shoes in the same year. In 2018, th

e actor played another role in the play The Plough and the Stars in London. The same year, he played roles in Asking for It, A Midsummer Night’s Dream, and A Portrait of the Artist as a Young Man. In 2020, the actor performed in the play The Lieutenant of Inishmore at Dublin’s Gaiety Theatre. 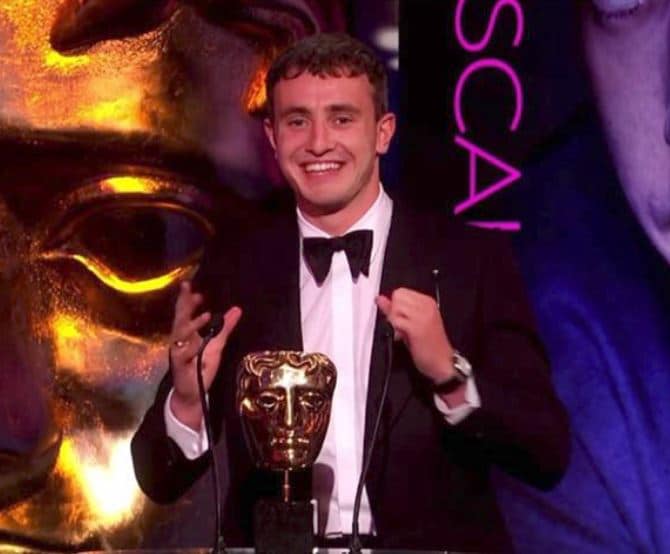 Nonetheless, he made his first TV appearance in the drama series Normal People. The show premiered in the UK on BBC Three on 26th April 2020. His role in the show earned him the British Academy Television Award for Best Actor. The same year, he also appeared in another series, The Deceived. Likewise, the actor also played the role of Cian in the movie Drifting. Moreover, the actor is set to appear in three movies; The Lost Daughter, Carmen, and God’s Creatures. As of 2021, Paul Mescal is estimated to hold a net worth in the thousands.

Paul Mescal has been earning huge attention ever since his appearance in Normal People. Likewise, many of his fans are interested in knowing if the actor is dating anyone. Nonetheless, Paul Mescal is dating the American singer Phoebe Bridgers. The pair reportedly met after the singer followed Paul on Instagram after becoming his fan. Moreover, the pair met online during a zoom vodcast and ended chatting for a long time, even after the event ended.

In an interview, the Indie rock star had shared that she found Paul to be a “cute boy”. Moreover, in June 2020, the duo was also spotted enjoying a cosy breakfast together. Nonetheless, Paul and Phoebe have yet not talked about their relationship publicly. We will be sure to update you on their relationship in the coming days.

Paul was born to his parents, Dearbhla and Paul. His mother is a Garda officer, while his father is a schoolteacher who acted semiprofessionally. He is the eldest among three siblings, which include his brother Donnacha and sister, Nell.

Paul stands tall at the height of 5 feet and 11 inches. Likewise, the actor has an attractive lean body. His facial features include his brown coloured hair and eyes.