Riele Downs is a promising teen actress best known for Charlotte’s role on the Nickelodeon series Henry Danger. She comes from an acting family as her mother and elder sister are also actresses. Besides, she is a social media personality with millions of fans across TikTok and Instagram.

Originally from Toronto, Canada, Riele West Downs was born on 08 July 2001 under the star sign Cancer. The 19-year-old actress is Canadian by nationality and belongs to African Canadian and Native American ethnicity.

Riele stepped into the acting industry at just the age of three. She played the role of Amelia Mercer in her debut film Four Brothers in 2005. For years, she made guest appearances in TV series like ReGenesis, Rookie Blue, Da Kink in My Hair, and Peep and the Big Wide World.

In 2014, Riele starred in the television films Fir Crazy and The Gabby Douglas Story. The same year, she was cast in Charlotte’s first starring role in the Nickelodeon series Henry Danger. She also co-starred with actress Lizzy Greene in the 2017’s Nickelodeon television film Tiny Christmas. 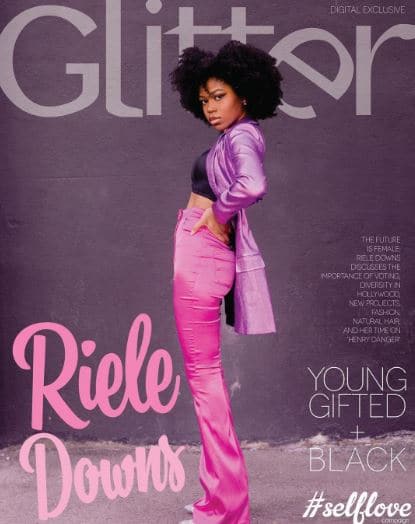 Riele appeared as herself in the Nickelodeon’s sketch-comedy series All That in 2019. She was nominated for the 2020 Kid’s Choice Awards under the category of ‘Favorite Female TV Star’ for her role in Henry Danger.

The Henry Danger actress is also a social media personality with over 3.1 million TikTok fans and more than 2.5 million followers on Instagram. At just the age of 19, she has accomplished great feats and has accumulated riches worth thousands of dollars. As of 2021, Riele’s net worth is estimated at $500 Thousand.

The teen actress has been into the show business from an early age. Tons of guys out there would love to date and share a relationship with such a talented young lady who has a promising career ahead. However, the young princess isn’t yet ready for any relationship.

As an aspiring actress, Riele is more focused on her acting career. She hasn’t been linked in any relationship yet; at least not publicly. Her social accounts are also impotent on revealing her possible affair or boyfriend.

Riele is the daughter of actress Elle Downs. She has an older sister named Reiya Downs. Her sister is also an actress who starred in the sitcom on Netflix’s Degrassi alongside their mother, Elle.

Nothing is known about Riele’s father. However, she expressed her love for her father on Instagram on the occasion of Father’s day in 2019. 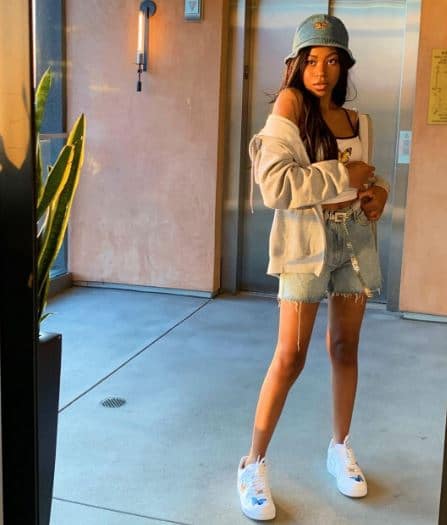 Riele has a decent height of 5 feet 4 inches and weighs around 46 kg. Her black hair and dark brown eyes add more to her beauty.