Shehnaaz Gill is a Punjabi actress, model, and singer best known for appearing as a celebrity contestant in Big Boss 13. She was reportedly dating Sidharth Shukla, who has died on Thursday morning because of a heart attack.

Originally from Punjab, India, Shehnaaz Gill was born on 27 January 1993 under the star sign Aquarius. The 28-year-old actress is Indian by nationality and is of Punjabi descent.

Gill dreamt of being an actor since childhood. She began her modeling career by featuring in the 2015 music video Shiv Di Kitaab. In 2016, she appeared in Pindaan Diyan Kudiyaan and Majhe Di Jatti. The following year, she made her film debut as an actress in the Punjabi film Sat Shri Akaal England. 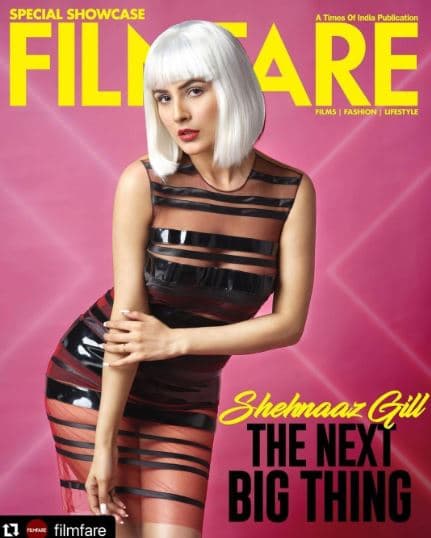 In 2019, Gill starred in Punjabi films Kala Shah Kala and Daaka. She entered as a celebrity participant on Big Boss 13 in September 2019 and finished up as the second runner-up. While in Big Boss, she released her first single, Veham, followed by other singles – Sidewalk, Range, and Ronda Ali Peti.

Gill appeared in Mujhse Shaadi Karoge in February 2020, but the COVID-19 pandemic resulted in the show’s termination within a month. She was then featured in several music videos, including Keh Gayi Sorry, Bhula Dunga, Waada Hai, Fly, and Shona Shona. She will appear in the upcoming Punjabi film Honsla Rakh, scheduled to be released on 15 October 2021.

Gill has been a part of multiple projects and has racked up millions of dollars. As of 2021, she has an estimated net worth of INR 30 million.

Gill is apparently single as of 2021, as she hasn’t confirmed being in a relationship with anyone. However, since her appearance in Bigg Boss House in 2019, fans had been interested in knowing if the actress was dating her Big Boss housemate, Sidharth Shukla.

Though Gill often admitted to having feelings for Shukla, he never reciprocated. The two worked together for music videos such as Shona Shona and Bhula Dunga. After the sudden death of the Big Boss 13 winner, Gill has been devasted as he was like ‘family’ to her.

Gill was born into a Sikh family to parents – Santokh Singh Sukh and Parminder Kaur Gill. She has a brother named Shehbaz Badesha. She has chosen to live separately from her family.

In November 2020, her father vowed never to speak to her again after she didn’t visit her family while she was in Chandigarh for shooting a music video with Sidharth Shukla. At the time, her grandfather had undergone knee surgery. But after a few days, her father took back his vow and said he loves his daughter and cannot be angry with her.

Gill has a decent height of 5 feet 5 inches. She has a slim, healthy body that weighs around 56 kgs. She lost around 12 kgs of weight during the first lockdown. Her black hair and brown eyes provide a perfect complement to her fair complexion.