Big Boss 13 winner Sidharth Shukla dies on Thursday, 2 September. He was only 40 years old. The news of his death has shocked millions of fans and Indian celebrities. He was a popular face of showbiz and had been a part of films like Humpy Sharma Ke Dulhania.

Sidharth Shukla was a Mumbai-based Indian Television actor and model best known for his daily soap shows such as Balika Badhu and Jana Naa Dil Se Door. Besides, he earned immense fame through reality shows such as Khatron Ke Khiladi and Big Boss 13, and he was declared the winner in both. He was first noticed in the Gladrags Manhunt Competition in 2004 in which he bagged the first runner-up title.

The winner of Bigg Boss 13 has died of a heart attack at the age of 40. Mumbai’s Cooper hospital announced the news of his death on Thursday.

Shukla suffered a massive heart attack on Thursday morning and was immediately taken to hospital at around 11 am. The senior Cooper Hospital official told:

“He was brought dead to the hospital some time ago.”

According to the hospital’s initial reports, Shukla died of a heart attack. The cause of his death will be confirmed once the post mortem is completed.

Shukla is now survived by his mother and two sisters. Actor Manoj Bajpayee took to Twitter to pay tribute. He wrote:

“Shocked and sad to know about Sidharth Shukla. Gone too soon. Prayers. Rest in peace.”

Sidharth made his acting debut in 2008 through a show named Babul Ka Aangaan Chootey Na, which was followed by numerous other projects, be it daily soaps, or advertisements, endorsements, performances, modeling, hosting to reality shows. He made his film debut in the 2014 movie Humpty Sharma Ki Dulhania opposite Alia Bhatt. 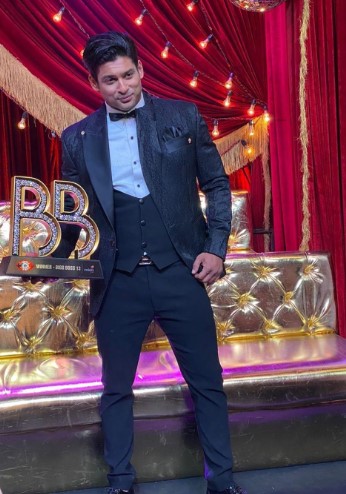 With his numerous projects, he had garnered a colossal fortune and wealth. As the winner of the Big Boss, he bagged a winning prize of INR 40 lakh (equal to $56,000). He owned and drove a BMW X5. He had an estimated net worth of $2 million dollars, which is just above Rs 14 crore.

Sidharth had a very controversial love life, and his relationship issues often circulated on social media. With his entry into the Big Boss House, various news regarding his past relationships made it into the press. He was rumored dating his on-screen mom-in-law Smita Bansal during his “Balika Badhu” days; however, both denied the rumors.

Shefali Jariwala, another contestant in Big Boss 13, claimed of having dated Sidharth in the past before her marriage.

Besides, during his “Dil Se Sil Tak’, he was rumored dating co-actors, Rashmi Desai and Jasmin Bhasin. The latter seems to have a good rapport with him while the relationship with the former turned sour. He was also reportedly dating Tanisha Mukherjee while shooting  “Khatron Ke Khiladi.”

His most popular link was the one with Drashti Dhami, where both neither denied nor accepted the rumors.  It was also rumored that he had once dated and almost married his fellow Big Boss Contestant Arti Singh.

Phew!! The list does not end here. Some other names, such as Shehnaaz Gill, Akansha Puri, and Manisha Sharma, had also been linked with him. It seems that he had dared almost half of the Big Boss 13 House members. He earned the title of “Playboy of Indian Television.”

Shukla was born on 12 December 1980 to a civil engineer father, Ashok Shukla (who was affiliated to Reserve Bank of India) and Rita Shukla. He grew up along with his two elder sisters in Mumbai and attended St. Xavier’s High School. Later he completed his Interior Design course from Rachana Sansad School of Interior Design. As a child, he was pretty athletic and participated in tennis and football. 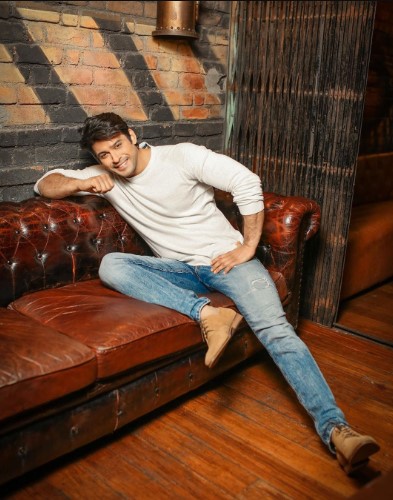 For an Asian, Sidharth stood tall at an impressive height of 6 feet 2 inches and weighed 82 kilos. He had an athletic body and followed a rigorous fitness routine.