The sister of Beyonce, Solange Knowles is not just the family member of the singing and dancing diva but is also a Grammy Award winner on her own.

Solange Knowles is an American singer, songwriter, actress and record producer as well as a dancer.  She has dabbled in R&B, Pop, Hip Hop, Funk, and Soul genre. She has recorded under Columbia, Terrible, Saint and Geffen A&M labels.  She is also famous for being the sister of the popular singer Beyonce.

Solange had released her first studio album “Solo Star” in 2002. She was also associated with “Destiny’s Child”.  She was awarded Grammy in the 59th Annual Grammy Awards 2017 for Best R&B Performance for the song “Cranes in the Sky”.  Likewise, she has BET Award, Soul Train Music Award, Glamour Award and the first winner of Billboard Women in Music Impact Award.

As a singer and songwriter, Solange has released four studio albums to date: Solo Star (2002), Sol-Angel and the Hadley St. Dreams (2008). A Seat at the Table (2016) and When I Get Home (2019).  Further. she has participated in five headlining tours and two supporting tours. She is not just a singer, but an actress as well. She has made an appearance in two movies and fourteen TV shows. She is also a record producer and has released hip hop styles nursery rhymes. 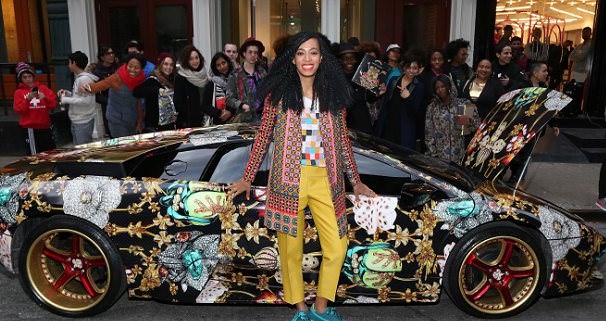 Solange was also named Giorgio Armani’s younger diffusion line ambassador and later in 2016, she promoted Michael Kors.  Her involvement in the promotion campaigns of the aforementioned brands along with Mercedes-Benz, IKEA, and Calvin Klein has earned her a handsome income throughout her career. The same has enabled her to live a luxurious life and ride a Lamborghini. Her net worth as od date stands at $8 million.

Solange has been married twice. She had married Daniel Smith on February 27, 2004, when she was just 17 years old and the latter was 19.  On October 18 of the same year, the couple was blessed with a baby boy, Daniel Julez J. Smith Jr.  The family had moved to Idaho, Moscow. On October 2007. Solange announced her divorce in the media and she moved back to America.

Her second marriage was to music video director Alan Ferguson. The duo got married on November 16, 2014, at Marigny Opera House, New Orleans. The relationship couldn’t last long either. On November 1, 2019, Solange revealed via her Instagram account that she and Ferguson had seperated.

Solange was born on June 24, 1986, in Houston, Texas to father Mathew Knowles and mother Tina Knowles. Her older sister is the singer and performer Beyonce who is married to famous rapper Jay Z.  Her father belonged to an African-American descent while mother was Native American and French descent.  She studied dance and theatre as a child and began writing songs at the age of 9.

Solange stands at a height of 5 feet and 8 inches and weighs around 60 kilos. The 33-year-old singer is golden brown-skinned and African American feature is pretty prominent in her. Her curly dark brown hair complements her dark brown eyes. Her body measurement is 36-27-35 inches.