Originally from Harlem, New York City, Teyana Me Shay Jacqueli Taylor was born on 10 December 1990 under the star sign Sagittarius. The 30-year-old multi-hyphenate is American by nationality and is of African-American and Afro-Trinidadian descent.

Taylor signed a record deal with American musician Pharrell Williams’ Star Trak Entertainment imprint in 2005. She then made her first national appearance on MTV’s My Super Sweet 16. In February 2008, she released her commercial debut single Google Me, the lead single for her debut full-length mixtape From a Planet Called Harlem.

As a singer, Taylor has released three studio albums: VII, K.T.S.E., and The Album. She had signed a joint-venture deal with Kanye West’s label GOOD Music and The Island Def Jam Music Group on 14 June 2012. In December 2020, she announced her retirement from her music career.

In August 2010, Taylor ventured into acting, appearing in Stomp the Yard: Homecoming. She has since appeared in several films and TV series such as Madea’s Big Happy Family, Cruel Summer, Brotherly Love, The Breaks, Honey: Rise Up and Dance, The After Party, Teyana & Iman, and Coming 2 America.

The Gonna Love Me singer is currently working on a biopic where she’ll take on the role of Dionne Warwick. Together with her husband, she is also returning to reality TV with their very own series titled We Got Love Iman & Teyana. 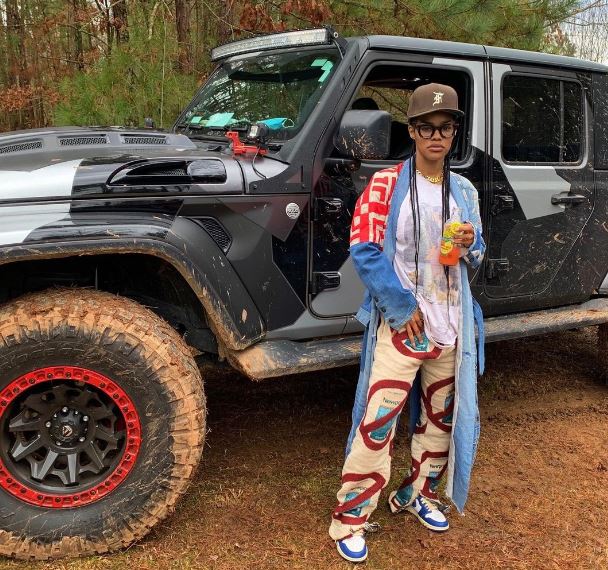 Taylor has made a name for herself both in the fashion, dance, and singing industries. She has established an incredible net worth and owns many cars that include a Bentley Bentayga, a Porsche Panamera, and a Rolls Royce Ghost. As of 2021, her net worth is estimated to be roughly $5 million.

Taylor is happily married to her husband, Iman Shumpert. Her husband is a professional basketball player who last played for the Brooklyn Nets of the NBA.

Taylor first met her future husband in 2014 and both bonded over their recent break-ups. Eventually, the pair grew close, eventually getting engaged and marrying in a private ceremony in their home on 1 October 2016.

The couple has two daughters: Iman Tayla “Junie” Shumpert Jr and Rue Rose Shumpert. Junie was born on 16 December 2015 in Atlanta, Georgia, and Rue was born on 8 September 2020.

Taylor was born to parents Nikki Taylor and Tito Smith. She is the only child of her parents. However, she has three half-siblings – two brothers and a sister – from her father’s side. Her mother raised her and is currently her manager.

Taylor has a decent height of 5 feet 3 inches. She has a toned, slim body that weighs around 51kg. She has long, curly black hair and brown eyes.