With the help of a $10 Batman mask, BatDad became one of the most popular Viner in 2013. He recorded small clips of his adorable, and fans could not stop loving the humorous comedian. However, even after the shutdown of Vine, BatDad is still making waves and is still entirely on different platforms.

BatDad was born in 1983 in Georgia. He celebrates his birthday on December 20, which makes his age 36. His real name is Blake Wilson. The former Vine Star holds an American nationality and comes from White ethnicity.

BatDad’s internet journey started back in 2013 when he purchased a mask for $10 and introduced a new alter ego to his peaceful family. However, his popularity in Vine, now a dead platform, skyrocketed as he filmed the moments with his family wearing the mask and speaking with a husky voice. At the end of Vine, he had over 3 million followers. However, the Vine’s end did not end his internet fandom as he grew popular on other platforms such as Facebook, where he has over 7.5 million followers. 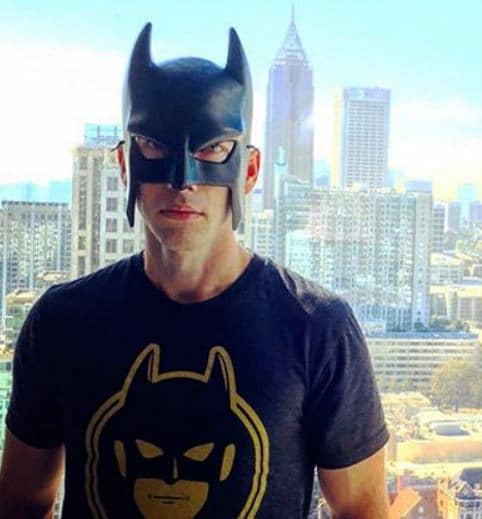 Besides, he has been regularly active on Instagram, where he boasts another 1.5 million followers. His YouTube channel has also been quite successful. His channel, “BatDad and family,” has over 759k subscribers. Likewise, he has earned over 13 million views in some of his videos. As of 2020, BatDad’s net worth is estimated at $500 thousand.

BatDad’s internet career might be taking a right road; however, his marriage is another story. His wife, Jen Wilson, is no stranger to his fans as she has appeared in many of his videos, often trying not to laugh or with an irritated expression. Moreover, the couple shares four children together, Ben, Sienna, Kaya, and Taylor.

However, in 2019, fans were disappointed when BatDad’s wife, Jen, did not appear for many of his videos. When he was asked if the couple had separated, BatDad shared that they were separated and in the process of divorce. However, they have continued to co-parent their children, and his now ex-wife seems to make an appearance in his recent videos.

BadDad’s father’s name is Seed Wilson, while his mother’s name is Sydney Bartlett Wilson. Likewise, his family consists of his two siblings, a sister named Liz Wilson-Shaffer and a brother named Rob.

BatDad has a tall height and a well maintained fit body. He is bald and does not have hair on his head. The physical statistics of his body measurements are still under review.