The hashtags ‘MTV Floribama Shore‘ is rampaging on social media like Twitter and Instagram. The reason is the cast members, who try their best to entertain us. Let’s know about one of the cast member, Candace Rice here on this wiki!

Before entering the ‘Floribama Shore,’ she was not involved in any high income generating works. So, her annual income and net worth are not disclosed.

However, as she is a star now, we estimated her net worth to be $30 thousand or more. The information of her assets like car or house is not disclosed yet.

Most of her fans still do not know about her entrance into the entertainment field. She was a model before and also participated in TV hosting and programs. But the thing is, after coming to this show, her popularity skyrocketed.

When she was 21 years old, she got an offer to get featured in commercial fashion modeling. She attended the University of Memphis for Journalism but ended up being a model in the end.

She is also known as a media person, as she hosted many TV shows, and interviewed different personnel.

Candace hasn’t revealed her marital status. If she was dating someone before entering the show or not, is still not clear. But, she had a bar crush with a fellow named Matthew.

On 18th December show, Matthew walked into the beach house to meet Candace. She was so excited that she started working out from early in the morning. She even changed her hairstyle, as her bar crush was about to visit her.

When they were walking on the beach, Candace popped out a question: ‘Do you like a strip club?‘ of which Matthew answered: ‘Yes, I do like strip clubs!‘ After this reply, Rice was like ‘Huh!‘

In an interview with Life & Style Mag, she claimed to be single at the moment. She further stated:

‘If you give out good energy and you attract great guys, then yeah, you can find a great guy anywhere. I’ve found great men in the club before!‘

The show started on 27th November 2017, with eight cast members. The location chosen by show hosts was in the beach house in Florida. On her first day, she had to go through an awkward moment, when Kortni, her roommate peed on her bed.

After returning from the bar, Jeremiah noticed the wet spot on her bed and confirmed it was pee.

‘Brah, peed in my bed… What was the point on peeing on my bed… hashtag Why? You could have peed in your own bed.‘

For Candace, she hoped Nilsa and Jeremiah to hook up! But it turned out; she ended up hooking with Joshua.

Candace’s body measurement is not disclosed. She is 5 ft 8 inches tall, weighing 53 kilograms. She wears shoes of 8.5 size. 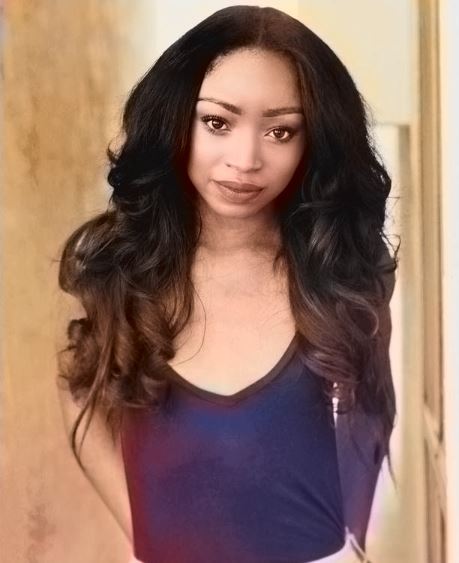 Her skin tone is brownish black. Her eyes are deep brown, and her hair type is long black afro. She loves her hairstyle.