Bollywood bids goodbye to its one of the finest actors, Irrfan Khan. He was one of the versatile and natural actors in the Indian cinema who had won the hearts on many Bollywood fans with characters that were always different from each other. He had appeared in many films and TV series but did not make it to the spotlight until the early 2000s. His contribution to the Indian cinema will not be forgotten.

Irrfan Khan was born in Rajasthan, India, on January 7, 1967. Irrfan’s birth name was Sahabzade Irfan Ali Khan and later changed his name to “Irrfan,” as he liked the extra r in his name. He held Indian nationality and came from an Asian ethnicity.

Irrfan Khan, the Indian National Award winning-actor, sadly passed away in Mumbai following a battle and a medical complication from colon infection. He died at age 53. Irrfan Khan had been suffering from health complications ever since he was diagnosed with a neuroendocrine tumor in 2018. He had undergone treatment for several months in 2019, working on just one project at a time. Unfortunately, Irrfan’s death comes a few days after his mother’s, Saeeda Begum, a death whose funeral he had attended through a video call.

His tragic death was announced by his representatives whose statement read,

I trust, I have surrendered,’ these were the some of the many words that Irrfan expressed in a heart felt note he wrote in 2018 opening up about his fight with cancer. And a man of few words and an actor of silent expressions with his deep eyes and his memorable actions on screen. It’s saddening that this day, we have to bring forward the news of him passing away. Irrfan was a strong soul, someone who fought till the very end and always inspired everyone who came close to him. After having been struck by lightning in 2018 with the news of a rare cancer, he took life soon after as it came and he fought the many battles that came with it. Surrounded by his love, his family for whom he most cared about, he left for heaven abode, leaving behind truly a legacy of his own. We all pray and hope that he is at peace. And to resonate and part with his words he had said, ‘As if I was tasting life for the first time, the magical side of it’.

Likewise, many prominent members of Bollywood shared their condolences and respect to Irrfan and his family.

“My dear friend Irfaan. You fought and fought and fought. I will always be proud of you.. we shall meet again.. condolences to Sutapa and Babil.. you too fought, Sutapa you gave everything possible in this fight. Peace and Om shanti. Irfaan Khan salute,”

Irrfan’s family has yet to announce the funeral of the actor as there might be complications on the funeral given the state lockdown at the time of his death. However, we will be sure to update more on the subject on the coming days.

Irrfan Khan was famous as an actor in the Bollywood, given his long career in Indian movies. He had moved to Mumbai to start his career and shortly appeared in TV series. Despite appearing in many TV series, he was only primarily noticed when he was given the lead role in The Warrior movie, directed by the London-based director Asif Kapadia. 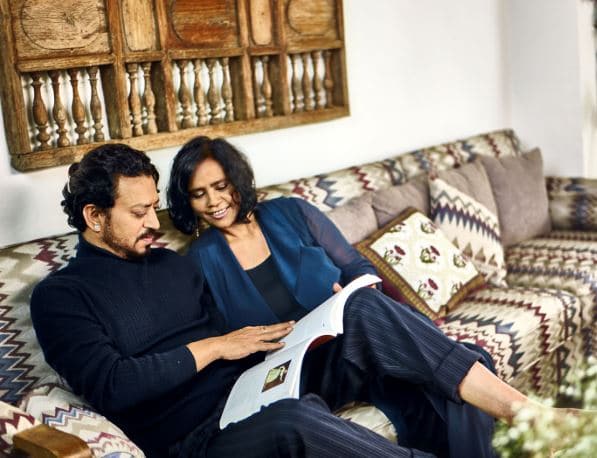 Since then, he had appeared in many box office hits and popular films such as Metro, Slumdog Millionaire, Acid factory, Piku, and Hindi Medium, among others. Likewise, he was also a familiar face in Hollywood appearing in films such as The Amazing Spider-Man and Jurassic World. Throughout his career, Irrfan had bagged many prestigious awards, such as Filmfare Awards for Best Supporting Actor, Filmfare Award for the Best Actor, and National Film Award, among others. He was also awarded the Padman Shri, India’s fourth-highest civilian honor for his contribution to the field of arts, in 2011. Before his death, Irrfan Khan had a net worth of $50 million.

Irrfan Khan was married to his wife, Supata Sikdar, before his death. The couple met when they both were attending the National School of Drama. Irrfan and Supata fell in love during the course and soon tied the knot on February 23, 1995.

Irrfan’s wife is an Indian film and dialogue writer and has written for the movie such as Khamosi: The Musical, Supari and Shabd. The couple shared two sons Ayaan Khan and Babil Khan.

He came from a Muslim family, which included his mother, Saeeda Begum Khan, and his father, Jagirdar Khan. He had two brothers; Imran Khan and Salman Khan, and a sister, Rukhsana Begum. He was studying for his MA degree when he was awarded the scholarship to study at the National School of Drama in New Delhi in 1984.

Irrfan Khan had a height of 6 feet and a balanced weight. He had black hair color with brown eyes.