Xiumin is a singer and actor popular as a member of the South Korean-Chinese boy band Exo, a sub-group Exo-M and its sub-unit Exo-CBX. Besides, he has also ventured as an actor and appeared in movies and dramas like Exo next Door and Falling for Challenge. The singer also has experience when it comes to Theater and has performed for School OZ.

Kim Min-seok was born in 1990 in Seoul, South Korea. He celebrates his birthday on March 26, which makes his age 31. He holds Korean nationality and comes from an Asian ethnicity. The singer attended Catholic Kwandong University.

Xiumin’s career started after he won second place in the SM Everysing Contest. He later became a trainee and was revealed as the seventh member of the South Korean-Chinese boy group Xiumin in January 2012. The group made its debut on April 8, and in 2013 Xiumin also made a guest appearance alongside Kim Yoo-Jung in the music video for the song “Gone.” In 2015, Xiumin made his musical theatre debut, and the same year, he also played the leading role opposite actress Kim So-eun in Falling for Challenge. 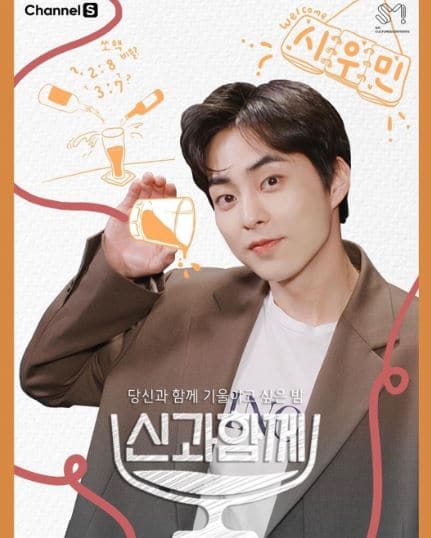 Likewise, he also released his debut solo song, “You Are the One,” as a soundtrack of the web drama. In 2016, the singer was featured in AOA member Jimin’s solo single and made his big-screen debut alongside Yoo Seung-ho in Seondal: The Man Who Sells the River. In 2017, Xiumin collaborated with NCT member Mark on a single, “Young & Free” for S.M. Entertainment’s digital music project Station and also became a regular cast member of the TV show, It’s Dangerous Beyond The Blankets. In 2019, he released his debut solo single, “You.” The singer was enlisted for his mandatory military service on May 7, 2019, and took his final military leave in November 2020; and did not return due to the military’s policy on COVID-19. According to sources, Xiumin is estimated to hold a net worth of $7 million.

Like many Korean pop stars, Xiumin prefers to keep his dating life a secret. However, the singer has never mentioned dating anyone. Moreover, he also has never been spotted with pictures with a woman who wasn’t his co-star or fellow idol. There is also no information on the singer’s past relationships.

Regardless, Xiumin has talked about love at first sight. In an interview, he shared that he prefers to get to know a girl first despite believing in love at first sight. He revealed that his ideal type would be someone mature and carling like Lee Bo Young. Nonetheless, we might have to wait a while till Xiumin finds his perfect girl.

Xiumin has not shared many details on his parents. Likewise, there is also no information regarding their names. Xiumin also has not shared on having a sibling.

Xiumin stands at the height of 5 feet and 8 inches. The singer possesses a slim built body that weighs around 57 kg.