Joe Penny, an Italian/English born American actor, highlighted his career with his character as Nick Ryder on the famous TV Series of the mid-80s, Riptide. Joe is also renowned for his role as Jake Styles in the acclaimed TV series of the 90s, Jake and the Fatman which aired on CBC from 1987 to 1992. Joe is one of the veteran actors who is still active till date.

Joe was born in England on 24th June 1956 as Joseph Edward Penny Jr. He is from England but holds American nationality. His zodiac sign is Cancer. Joe was born to an American father and an Italian mother and raised in Georgia by his mother. He shared his childhood with one brother and a total of six sisters. He completed his high schooling from Marina High School.

Joe started his acting career with a minor role in the TV Series, Forever Fernwood, in 1977 with eight episodes to his name. With this role, he progressed even further landing roles in famous TV Series like TJ hooker, Matt Houston, Jane Doe: Till Death do us apart to name a few.

However, his career rocketed when he signed for the role of detective, Nick Ryder, in Riptide which aired on the TV Screens from 1984 to 1986. His another blockbuster TV Series is Jake and the Fatman in which he played the lead character of Jake Styles. 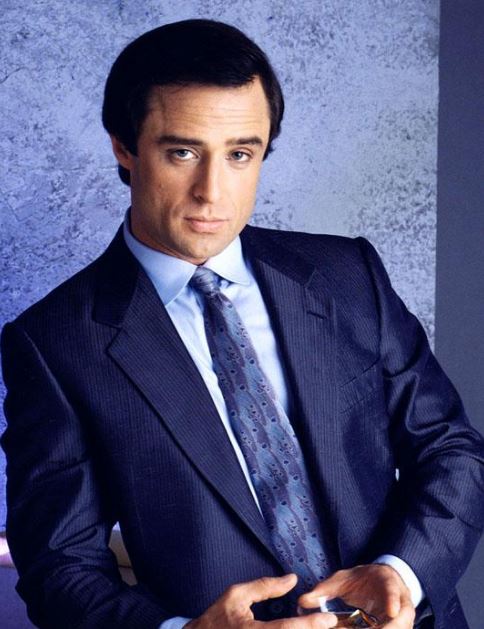 Apart from his role in TV Series, Joe has also featured in different movies like Gangster Wars where he portrayed the character of Benjamin Siegel. His remarkable film includes The Prophet’s Game and Bittersweet to name a few of his works. With all this work, Joe has accumulated a net worth of $500 thousand.

Joe has done remarkable works in his illustrious career, and his thousands of fans want to know if the actor is married or single. The veteran actor has kept his love life a private affair as there is not much information about his love life.

However, Joe married his longtime girlfriend Cindy M. Penny in the year 2004 in a small gathering of friends and families. The couple, Joe and Cindy, dated for a long time before committing to each other. The couple does not often show up together in events, but Cindy was once seen with him in the premiere of Winter People on 13th April 1989.

Joe was born to an American father and an Italian mother in England. He had a terrible childhood as his parents got divorced when he was just six years of age. After his parents got separated, Joe moved to California and completed his high school from Marina High School. However, he was interested in extra activities like drama, basketball, and football rather than his studies.

Joe stands tall with a height of 6 feet. Even at the age of 62, he looks to be in good shape.