Two years back in 2017, Kevin Hart came in the limelight after a sex tape involving model Montia Sabagg made the headlines. Well, the case which was started two years back is still going on. So what’s the reason behind the case that it again appeared to the media? Keep scrolling till the button to know the fact behind it!

Back in September 2017, a Montia Sabagg appeared in a sex tape with Kevin Hart who sued the comedian for $60 million. The 28-years-old model claimed that she was secretly recorded, having an intimate relationship with Kevin in a Las Vegas hotel room. She claimed in the suit that “she had no knowledge about the intimate activity portrayed in the video of her and Hart being recorded.” The video as per the suit showed Sabagg exposed starting from the waist and being engaged in a private and intimidating relationship with Hart. There Hart claimed he was being extorted, but she denied his accusation. Hart even shared a video apologizing to his wife Eniko Hart and his children via his Instagram.

Now two years later in 2019, Montia is blaming Kevin for permitting his friend, JT Jackson, to “set up a hidden video recording device” in the hotel room and recording their private time together. The law expressed that Kevin plotted with Jackson to acquire a huge amount of money related advantage for Jackson himself by rustling up attention for Hart’s Irresponsible Tour.

Montia stood by her lawyer Lisa Bloom’s and stated their case that Hart had no idea about their intimidate relationship being secretly filmed in the hotel room of Las Vegas. Her lawyer also made it clear that she didn’t want a cent from Hart but wanted to hunt down the criminal and bring him to justice.

The law suites stated that Kevin wanted to attract additional publicity and media consideration through the video and increase his overall pop culture status. Then, when the news regarding the sex tape became public, Kevin took the platform of social media with an apology for his wife and children.

Kevin said, “I’m at a place in my life where I feel like I have a target on my back, and because of that, I should make smart decisions. And recently, I didn’t,” he said. “You know, I’m not perfect. I’m not going to sit up here and say that I am or claim to be in any way, shape, or form.”

He added, “I made a bad error in judgment, and I put myself in a bad environment where only bad things can happen, and they did. And in doing that, I know that I’m going to hurt the people closest to me, who’ve I talked to and apologized to, that would be my wife and my kids.”

Parrish, the wife of Kevin, stepped in to defend her man, but she was quick with her words in a since-deleted post writing, “Eniko sweetheart normally I don’t feed into this, but when you addressed me directly, you forced my had to respond.”

She additionally wrote, “Either respond truthfully or don’t respond at all.”

Parrish ventured into shield her man, yet the mother of two was snappy with her words in a since-erased post, expressing, “Eniko sweetheart regularly I don’t bolster into this, yet when you tended to me straightforwardly, you pressured me to disclose more than what would have been prudent to react.” 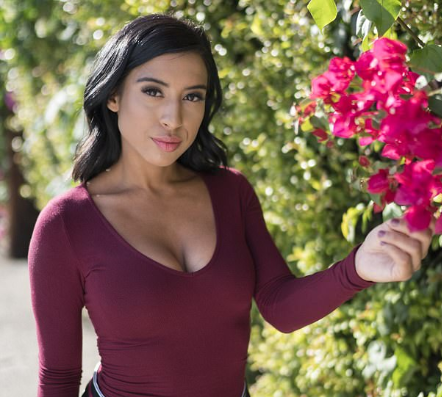 Montia came into the limelight due to her sex tape scandal with Hart. As for her profession, she is a model. And as a model, a mid-level model gets an amount of about $45,284. So, it seems that Montia is earning a decent amount throughout her career as a model, although her net worth is unknown to the media.

As she is an uprising model, information regarding her personal life is still unknown to the media.

Montia was born to American parents. However, information regarding her family background is still unknown to the media. 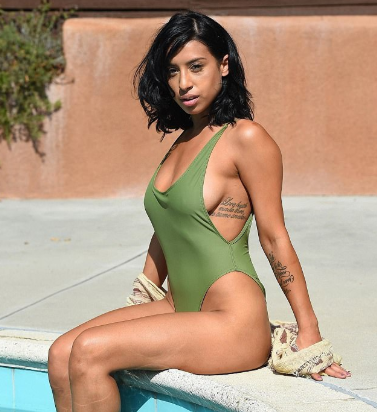 Being a model, Montia has a perfect body measurement. However, there is no information regarding her height and weight.