Natassia Malthe is a model and actress, best known for appearing in Dark Angel episodes, The Chris Isaak Show, Fallen, Fringe, and movies like Elektra. Besides, she had also modeled and is among the Girls of Maxim and Toro Women. Natassia bravely joined many other women who producer Harvey Weinstein accused. Since then, the actress has moved to her hometown and has left the movie industry. Where is Natassia Malthe today?

Linn Natassia Malthe was born in 1974 in Oslo, Norway. She celebrates her birthday on 19th January, which makes her age 47. Likewise, she holds Norwegian nationality and comes from mixed ethnicity of Malaysian.

Natassia made her acting debut appearing in the series Viper in 1996. Two years later, she made her movie debut with the role of Mary Jo Copeland in the movie, Distributing Behavior. Likewise, she also had recurring roles in the Tv mini-series Fallen and Knights of Bloodsteel. Likewise, some of her early movie credits include Lake Placid, Me, Myself, & Irene, Stark Raving Mad, A Guy Thing, Elektra, Chaos, Skinwalkers, Chaos, Alone in the Dark II, and many others. 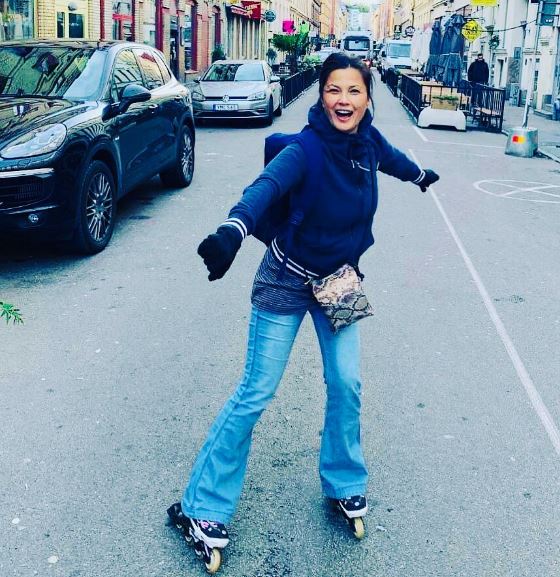 Besides, she has also had roles in many TV series episodes like Dark Angels, Seven Days, The Dead Zone, Andromeda, Bloodsuckers, Fallen, The Assistants, and Fringe. Her last movie appearance includes Vikingdom, The Good, the Bad and the Dead, Battle Drone, and Alpha. After joining numerous other women in accusing film producer Harvey Weinstein of sexual assault, she has since left the movie industry. As of 2021, Natassia Malthe holds a net worth of $2 million.

As Nathassia sweeps away from the spotlight, many of her fans are curious to get updated on her life. Regardless, the actress has stayed away from the media and has been secretive about her life. Although the actress has been secretive about her relationships, she has a son she features on her social media. On one of her posts, she shared a picture of her with her son and mysterious man, who we assume to be her present partner. However, the actress has not revealed details on the mysterious man.

Before, the actress was in a relationship with Harvey Weinstein in 2008 and dated Will Yun Lee the same year. Likewise, she was also linked with Junior Lima, Brian White, Jared Leto, and Sean ‘Diddy’ Combs.

Natassia was born to her parents, Phin Malthe and herald Malthe. Likewise, she also has an older sister named Kristin Malthe.