Shannyn Sossamon is one of the versatile personalities in the entertainment industry who has shown her talent in acting, directing as well as in music. Her acting skills can be seen in films like A Knight’s Tale (2001), Kiss Kiss Bang Bang (2005), and Sinister 2 (2015).

Furthermore, Shannyn has contributed her vocal and drums skills in the Warpaint. Also, she has directed and produced music videos in a small production company named, Maudegone Theatre.

Shannyn Sossamon was born in Honolulu, Hawaii, the U.S, in 1978. On every 3rd of October, she blows her birthday candle and possesses the Libra zodiac sign. Shannyn holds an American nationality. She earned her education from the Galena High School in 1995

After her graduating in 1995, Shannya started working as a DJ in Local clubs. While pursuing her career in dance, she established herself by modeling for numerous companies like Sassy Magazine, Unionbay Clothing, Planned Parenthood, and American Eagle Outfitters. At that time, she appeared in the TV commercial for Gap and got featured in music videos like The Goo Goo Dolls, the rock group 9xdead and Daft Punk. 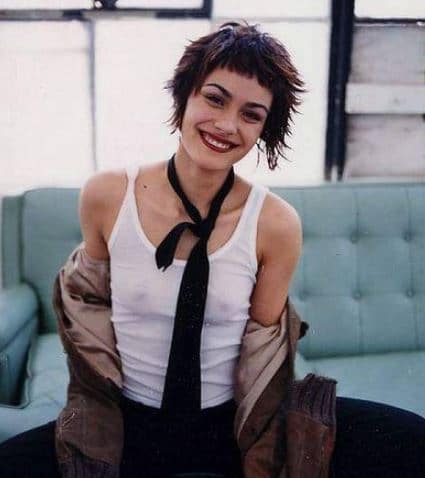 In the year 1997, Shannyn appeared as gust starred in Mr. Show with Bob and David and got discovered casting director Francine Maisler. Eventually, she landed a lead female role in adventure dramedy A Knight’s Tale in 2001. Since then, she was cast in movies like A Love Story, Life Is Hot in Cracktown, Stealing Time, and Ghost Light.

Moreover, Shannyn has portrayed in the short movie, The Hour After Westerly in 2019. She is also playing in the movies, High Holiday and The Jesuit. 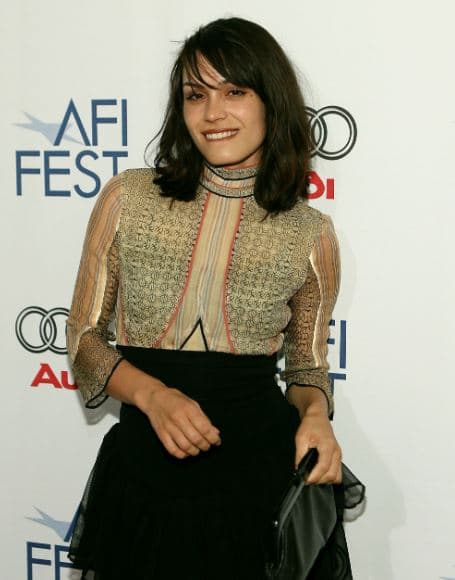 As of 2020, Shannyn’s net worth remains under review.

The love life of Shannyn wasn’t as successful as she tried her luck by being in a relationship with several boyfriends. However, from those relationships, she is the mother of two children.

Back in 2002, Shannyn started dating her boyfriend, Dallas Clayton, in March. He is a writer and author of An Awesome Book. Then, the couple welcomed their first son, Audio Science Clayton. He was born on the 29th of May in 2003. However, after ten months of their childbirth, the duo ended their two years of relationship. 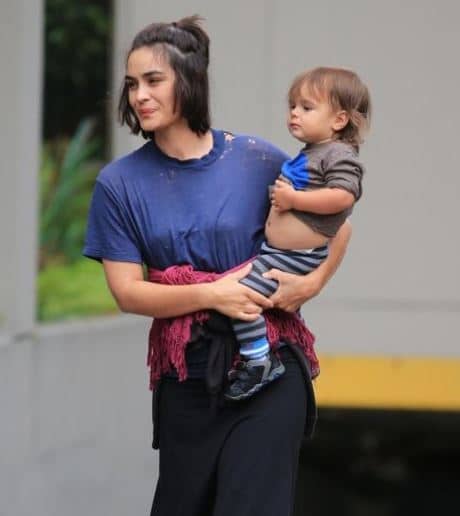 After being broke heart, Shannyn started her relationship with a guy named Richard Purser to forget her past relationship.  Also, the duo welcomed a child, son named Mortimer Purser, in December 2011. But, their love life wasn’t meant to be forever as they broke off their relationship.

Shannyn was born with the full name Shannon Marie Kahololani Sossamon. She is the daughter of Todd Lindberg and Sherry Sossamon. She possesses the mixed ethnicity of Hawaiian, Filipino, English, and German from her mother and French and Irish from her father. However, her parents got divorced, and her mother shared her wedding vows with Randy Goldstein.

Shannyn was raised with her sister, Jenny Lee Lindberg. She is also a bass guitarist.

Shannyn has an average height of 5 feet and 7 inches. She has shiny brown hair and brown eye color.