Known as “The Brute,” Jimmy Crute has carved out a position in the world of Mixed Martial Art who is also a one-time Hex Fight Series Light Heavyweight Champion.  He had last faced Michal Oleksiejczuk at the UFC Fight Night 168 that was held on Sunday, February 23, 2020, and won via submission.

Jimmy Crute is an Australian Mixed Martial Artist who competes for the light heavyweight division of the United Fighting Championship. He has a record of 11 win and one loss in his entire MMA career.  The full-time forklift driver is living his dreams with his UFC contract. He is currently ranked 19th on the Current Best MMA Light Heavyweight Fighter and is also the youngest fighter in the division.

Jimmy made his UFC debut on December 2, 2018, against Paul Craig at UFC Fight Night 142 and won the match in the third round. His entire UFC career earning is $78,500 to date, which is expected to increase in the future with his association with the Championship. His income from the Hex Series is under review.  Besides, he earns a substantial sum from his sponsorship.  His net worth to date is estimated at around 0.3 million; however, it is yet to be verified. We will update it on a later date.

Jimmy is currently in a relationship with Karlia Ashlyn, who hails from Australia. They have been dating for over one and a half years. The couple often shares about each other on social media.  Very little is known about his girlfriend, but with their posts, we can speculate that they are happy together. Since no news of their breakup has surfaced, we can believe they are still together.

Jimmy was born on March 4, 1996, in Singleton, New South Wales, Australia to Jimmy belongs to a family with a long line of boxers in both his father’s as well as mother’s side.  Very little is known about his parents and his siblings. We shall update it when the information regarding them is uncovered. On his parents’ insistence, he started training for Karate at the age of four and Judo at the age of eight. A year later, he began Brazilian Jiu-Jitsu.  He made his professional debut in HFX Fight Series in Melbourne. 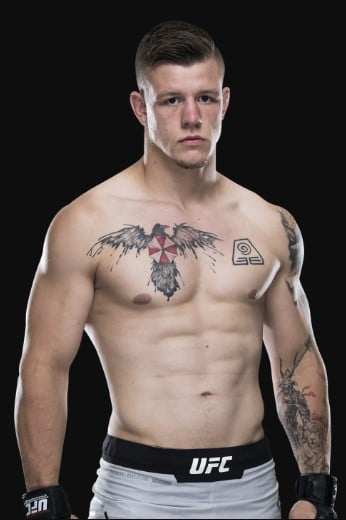 Jimmy stands tall at a height of 6 feet and 2 inches and weighs 93 kilos.  He has a reach of 72.5 inches and a leg reach of 43 inches.  He has an athletic body type suitable for a martial artist like him, who is complemented by his brown eyes and blonde hair.