Despite controversies following two drug test suspension by USADA and being stripped of his championship in the peak of his career, Jon Jones never gave up. He maintained his ‘never-been-defeated’ track record on the match against Dominick Reyes held on Saturday, February 8, 2020.

Known as the “Bones” and “Sexual Chocolate,” Jon Jones is one of the most successful UFC fighters with a longest win streak, most wins, and most submission victories. His only loss against Matt Hamill via disqualification is considered as a wrong decision by the referee.

Jon started his career in 2008 as a professional MMA fighter. In August 2008, he made his UFC debut against Andre Gusmao and won the match, which was followed by his impressive streak of wins, ultimately marking him a Champion. He was stripped off his championship belt for a hit-and-run incident in 2015. Also, he was suspended for drug tests twice in 2015 and 2017. Besides, his belt was also stripped off in 2017 as well. Despite these turbulences in his career, he is known for his “epic battles.” 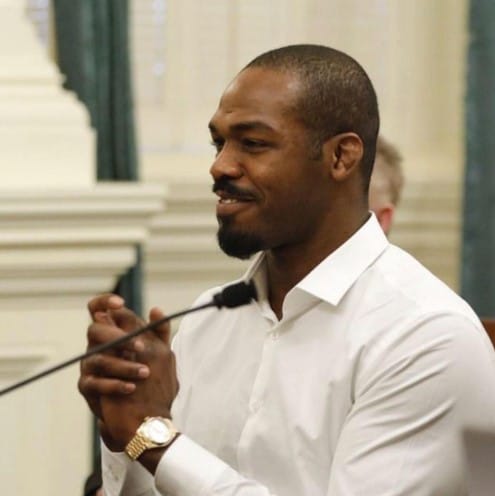 With his celebrated career, he has not only accumulated a massive fan following but has also earned a substantial income. He is the first-ever MMA fighter internationally sponsored by Nike. His endorsement of Reebok, his shoe line, and various other sponsorships contribute his already massive net worth. As of date, Jon’s Net Worth is estimated at $10 million. His income throughout his career before excluding his match against Dominick Reyes is more than 6.5 million dollars. He is one of the richest MMA fighters in the world.

Jon dated his high school sweetheart Jessie Moses for years and got engaged in 2013. As the couple has never announced their wedding nor have any wedding pictures surfaced to date, fans around the world are left hanging on a pedestal. Jones has referred to Jessie as wife a few times, and considering that we can assume they are officially married unless proven otherwise.

Jon was born on July 19, 1987, to Arthur Jones Sr. and Camille Jones in Rochester, New York. He has two brothers named Chandler Jones and Arthur Jones. His sister Carmen Jones died of brain cancer at the age of 17. Jon’s older brother Arthur is a former American Football defensive lineman while his younger brother plays for Arizona Cardinals.

Jon attended Union-Endicott High School as a child and used to play football. Later he joined Morrisville State College but eventually dropped out of college before graduation. 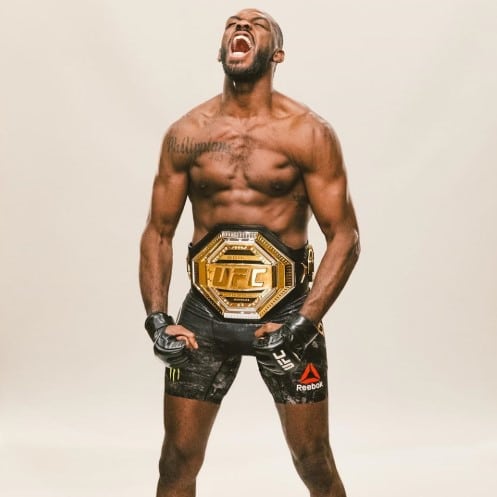