Sheila Vand raised eyebrows when she played a role in the Oscar-winning film Agro in 2012. Since then, she has been involved in many series and TV shows and made her Broadway debut alongside Robin Williams in 2011 in the Pulitzer-nominated Bengal Tiger at the Baghdad Zoo. Nonetheless, the actress is now earning fame for playing a role in the TNT drama series Snowpiercer.

Sheila Vand was born in 1985 in Los Angeles, California. She celebrates her birthday on April 27, which makes her age 35. She holds Iranian-American nationality and comes of Persian descent. The actress graduated from the UCLA School of Theater, Film, and Television.

One of Sheila’s earliest well-known roles was Sahar in the 2012 movie Argo. Her performance was highlighted in the LA Times’ annual piece “Small Roles, Powerful Performances,” She was also a recipient of a SAG Outstanding Ensemble Award in 2013. Before, she appeared in few movies and TV shows and played roles in theatre for Bengal Tiger at the Baghdad Zoo and Sneaky Nietzsche. Later in 2012, she collaborated with Alexa Meade for the series MILK: What Will You Make of Me?. 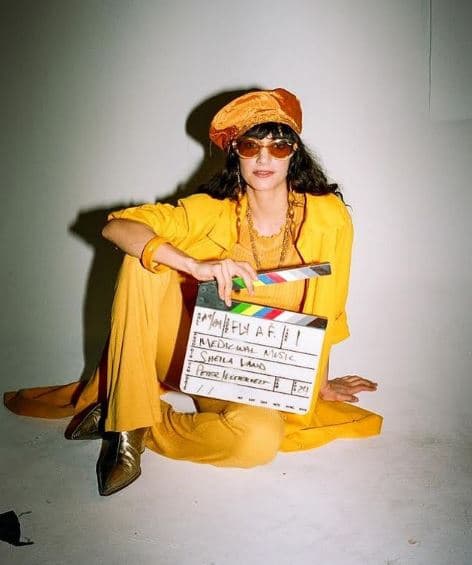 In 2013, she made her Walt Disney Concert Hall debut performing in the world premiere of Frank Zappa’s 200 Motels with the role of Lucy opposite Diva Zappa. Besides, her other acclaimed role includes A Girl Walks Home Alone at Night which premiered at the 2014 Sundance Film Festival. The actress also played the role of Maureen James in State of Affairs from 2014-2015. Shelia’s other screen credits include Holidays, XX, 68 Kill, We the Animals, Triple Frontier, The Wave, and The Fall of the House of Usher. She has also been playing the main role of Zarah for Snowpiercer from 2020. As of 2021, Sheila Vand’s net worth is still under review.

Shelia’s appearance in Snowpiercer has surely increased her popularity. Likewise, many viewers of the show often question if the actress has someone special in her life. However, Shelia has been very private when it comes to her dating life. The actress has preferred not to speak much about her private life at the moment.

On the other hand, her social media also does not hint at her dating anyone. Regardless, Shelia might also be busy with her acting schedule and might not have made time for dating. Nonetheless, we assume the actress to be single at the moment.

Sheila comes from a family of Iranian immigrants who fled from the Iran-Iraq war to live in California. Her father is a computer programmer, while her mother is an accountant.

Likewise, she also has a brother named Ali Vand.

The beautiful actress has a height of 5 feet and 3 inches. She has well-maintained with a slim and fit body. Besides, she has dark brown hair color and light brown eye color.